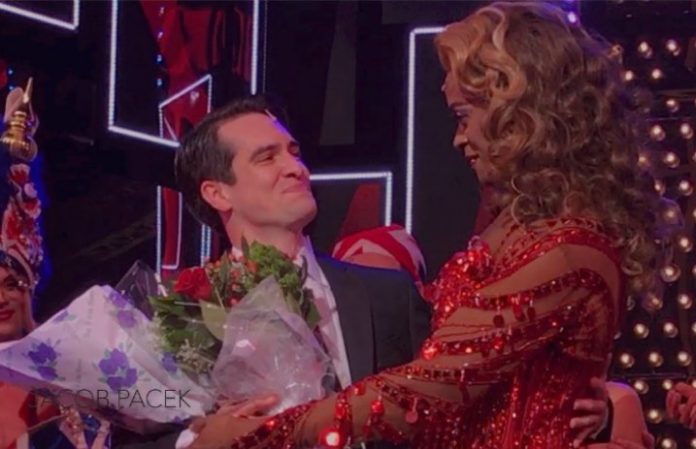 It seems like only yesterday we were all getting stoked for Brendon Urie's anticipated performance in the Broadway musical Kinky Boots!

Alas, the time has come to bid Brendon adieu in his thigh-high, sparkly red boots. Watch Urie's final moments on the Kinky Boots stage below!

A lucky YouTuber captured the touching curtain call moment for the Panic! At The Disco frontman and his Broadway castmates at the Kinky Boots performance on Sunday, August 6. As reported by Playbill, the show was Urie's last in the role of Kinky Boots protagonist Charlie Price.

Where did the time go? Urie's acclaimed 10-week run in the Tony-winning musical began back on May 26, and the musician-turned-thespian was clearly stoked for his Broadway debut. Did you catch Brendon Urie in Kinky Boots? If not, go ahead and watch Urie's bittersweet curtain call here:

Following Urie's stellar tenure, Broadway actor Andy Kelso will reportedly return to the role of Charlie in Kinky Boots beginning August 8. The musical, based on the 2005 British film of the same name, features music and lyrics from Cyndi Lauper with a book by playwright Harvey Fierstein.

Relive Brendon Urie's Kinky Boots memories! Before his official Broadway debut, Urie wowed us all with a teaser run-through of the show's song “Soul Of A Man,” courtesy of Playbill. Check that version out right here:

As if Urie wasn't already kickin' ass and taking names: His band, Panic!, just won the Artist Of The Year award at the 2017 Alternative Press Music Awards.

Let us know what you think of the scene's soul man in the comments!

Watch more: APTV: The Making of Brendon Urie – Panic! At The Disco Interview