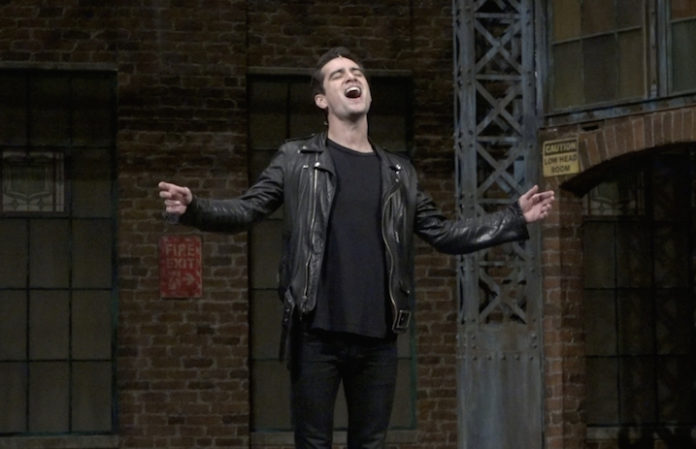 A Brendon Urie preview performance from his upcoming stint in Kinky Boots has been unleashed—watch the video below!

Read more: Brendon Urie talks new Panic! At The Disco music: “Bizarre is probably the best way to describe it”

As previously reported by AP, the Panic! At The Disco frontman will be making his Broadway debut in the Tony-winning musical that features music and lyrics from Cyndi Lauper with a book by playwright Harvey Fierstein.

The latest Kinky Boots tease from Urie comes courtesy of Playbill, who posted the preview clip on Wednesday. Brendon plays the role of Charlie Price in the musical, and in the below video, he's doing the Act II number, “Soul Of A Man.”

Urie's run in Kinky Boots starts May 26 at the Al Hirschfeld Theatre.

Watch Brendon's Broadway teaser run-through right here and let us know what you think of the scene's soul man in the comments!