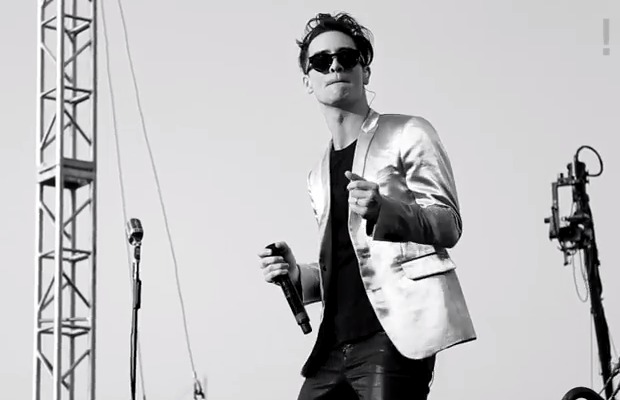 Panic! At The Disco’s Brendon Urie doesn’t seem to slow down. As he preps for his opening day in Kinky Boots on Broadway after finishing up the Death Of A Bachelor tour, he’s already talking about new music.

“So I've got probably ten more demos that I've just been hanging on to,” he tells PopBuzz. “Nothing full again, probably just minute and a half ideas. But exciting stuff, stuff I didn't expect to have written.”

Read more: Will Brendon Urie make an appearance on the new Fall Out Boy album?

Talking further about the music he has in mind, he says that it’s something new, with more vocal capacity driving the music.

“It's really just bizarre… Yeah I guess bizarre is probably the best way to describe it,” Brendon tells PopBuzz. “It's kind of out there… It's more like broken down in terms of production. It's more relying on vocal, where the vocals as a background will build a chord and carry a song instead of a lot of instruments carrying. That's the best way.”

Back in December, Urie had already revealed that the band were starting to work on a follow-up to Death Of A Bachelor.

“Whether I’m writing a lyric or making a beat, every day I’m doing something. I never really stopped working, so I’m curious to do the sort of Frankenstein method now and see if I can pull all of these things to kind of jigsaw puzzle this [next] album,” Urie says. “I’m just going to keep writing until that happens—it seems like it’s going really well right now. There’s a few ideas I’m really excited to keep working on.”

In that interview, he seemingly teased his upcoming role in Kinky Boots. Urie made the announcement of his role on Broadway in early April, and since then, he has shared photos and behind-the-scenes content from an in-costume photoshoot where we truly got to see how amazing he looks in those heels, and a recent video of him singing “Soul Of A Man.”

How excited are you to hear new music from Panic! At The Disco? Let us know in the comments below!