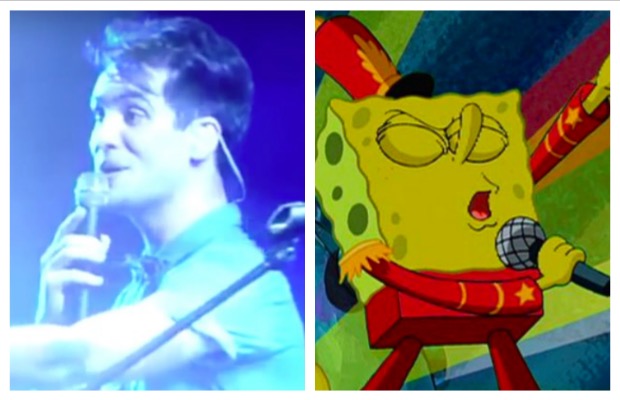 Panic! At The Disco's Brendon Urie is no stranger to Broadway. After receiving tremendous praise for his role of Charlie Price in his amazing Kinky Boots performances, Urie will now be able to add a new Broadway achievement to his list thanks to his work on Spongebob Squarepants: The Musical.

Urie was nominated for a 2018 Antoinette Perry Award for Excellence in Broadway Theatre, or more commonly known as the Tony Award, alongside fellow composers in the category for 'Best Original Score (Music and/or Lyrics) Written For The Theatre'. Urie composed the show's hit song “(Just a) Simple Sponge”.

The musical recently debuted the official video for the track written by Urie, which you can check out below!

The currently running Broadway musical has received a total of 12 nominations including 'Best Musical' while leading man Ethan Slater is up for 'Best Actor In A Musical' award. Not too surprising considering the composers for the critically-acclaimed musical include Plain White T's, Cyndi Lauper, John Legend, the Flaming Lips and more!

And look who just got a TONY nomination! Incredibly proud, there’s honestly nothing that @brendonurie can’t do.

The Tony Awards will be broadcasted live via CBS on June 10. Tickets for Spongebob Squarepants: The Musical can be purchased through Ticketmaster or in-person at the Palace Theatre box office and range from $49-$159.

Have you caught Spongebob on Broadway yet? Let us know in the comments below!