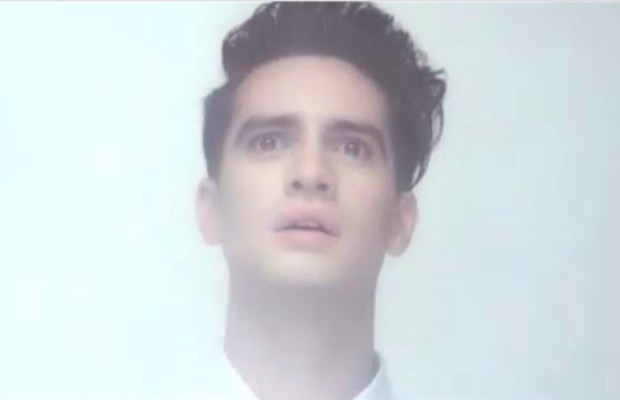 Panic! At The Disco CEO Brendon Urie says the band's sixth album is almost finished. On friday night, Urie went live on Instagram, and when asked about the new album by a fan, he said it was recorded and in the mixing stages.

But that's not all that happened! Urie treated fans to a tiny taste of something new. When a fan asked to hear something from the upcoming album, Urie began to explain that as much as he would love to do that it might get him into a little trouble with the powers that be. Then, being the rebel that he is, Urie decided that letting fans hear one note couldn't hurt. Right? He proceeded to play about two seconds of a new song featuring him hitting a high A to B.

During the live stream another fan asked Urie which Panic! At The Disco song was his favorite. He replied, saying it was hard to choose, but “you guys probably haven't heard it yet.” At that point anyone who wasn't already losing it from the two seconds of new music (no one) finally lost it.

P!ATD haven't made any official announcements about their sixth album, but hopefully it won't be too long before we get to hear the new tunes. Death Of A Bachelor released Jan. 15, 2016, and was Panic's first album to hit No. 1 on Billboard’s Top 200 Chart. It also was nominated for the Best Rock Album Grammy in 2016.

Who else was watching Brendon's live video and also is freaking out? Do you feel as blessed as we do for tuning in? Also, we really hope Brendon doesn't get in too much trouble!