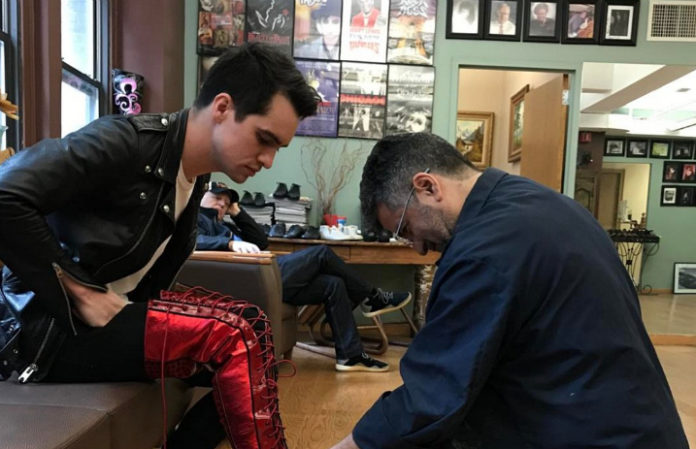 After announcing that he’d be making his Broadway debut in Kinky Boots this summer, Brendon Urie shared a behind-the-scenes look at his new role as Charlie Price in the Broadway musical.

Check out the photos below!

In his post on Twitter, he says how real his new role has become. (And, in excitement, we couldn’t agree more.)

And in his official Broadway announcement, he talked more about the infamous boots. (And just how fitting they are, with “Don’t Threaten Me With A Good Time,” of course!)

“I’m very excited to announce that I’m joining the cast of Kinky Boots this summer on Broadway. That’s crazy to say because it’s been on my bucket list for the longest time, and it really is a dream come true,” Urie says.

Check out the amazing photos below:

Do you have tickets to see Brendon on Broadway? Let us know in the comments below!