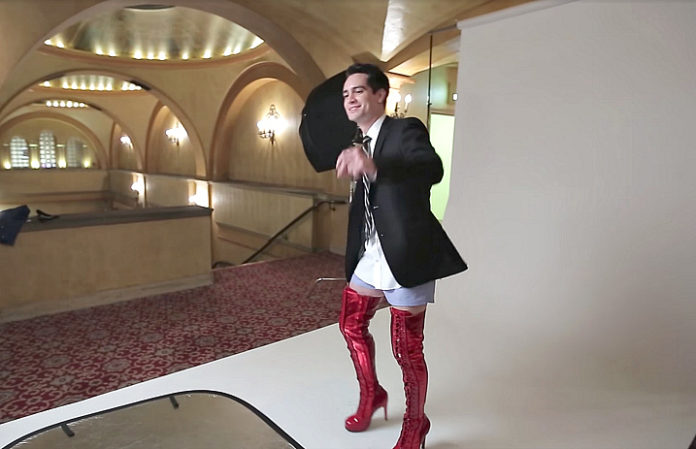 If you somehow haven't already heard, Panic! At The Disco's Brendon Urie has a new job playing the lead Charlie Price in the Broadway musical Kinky Boots!

It's a new tradition in the world of Broadway shows for actors to come out and meet fans at the stage door following the show—but the stakes are raised when it's someone like Urie, who has an entire fanbase outside of his theatrical career.

Based on a new tweet from Urie, it looks like the post-show meetups got to be too much—look at just how huge the crowds can get.

Hey I love y'all. But I can't keep coming out to stage door when you scream in my face and don't listen. So I'm done hope to see y'all later

We can't blame him—imagine meeting screaming fans just minutes after pouring all your energy into singing and dancing for two hours!

Fans replied with some seriously crazy situations that they saw while waiting at the door:

im surprised this didn't happen sooner, earlier this month a girl in front of me @ stage door screamed “HAVE MY BABIES” right in ur face :/

Urie's run finishes this summer, so at least he doesn't have much longer left. Are you seeing Kinky Boots on Broadway? Let us know in the comments!

Watch more: APTV: The Making of Brendon Urie – Panic! At The Disco Interview