The Poison star now has a few Banana-themed merch items up for sale.

Less than a week after his official unmasking as the Banana on The Masked Singer, Bret Michaels has launched a banana-themed merch line.

Michaels was found out on April 22 after he was eliminated from the show following two head-to-head losses.

AltPress reported last week that Poison‘s Bret Michael’s had been unmasked on The Masked Singer. While other judges struggled to guess the identity of the rock icon, Sharon Osbourne immediately recognized Michaels for his voice.

Seeing as how Sharon Osbourne has been around rock and roll with her husband Ozzy Osbourne for four decades, she was definitely the best person for the job.

Michaels’ won over the hearts of the audience week by week with his performances of Elvis Presley‘s “A Little Less Conversation,” Billy Ray Cyrus‘ “Achy Breaky Heart” and Bill Withers’ “Lean On Me.”

Unfortunately, his time had to come to an end and his incredible performance of Bob Dylan‘s “Knockin’ On Heaven’s Door” on the 10-year anniversary of his brain hemorrhage survival made it very cool.

Read More: You can find out how alternative your Spotify listening habits are

Speaking to Entertainment Weekly after the show, Michaels spoke about how he has such an awesome time being the Banana, even though the costume was cumbersome.

“Everyone worked hard on it [the Banana costume] because I’m slightly claustrophobic,” Michaels says. “I shouldn’t say slightly — I’m very claustrophobic. I’m a freestyle, free-range kind of guy. I like to keep moving and they helped me build on that. I didn’t have a lot of peripheral vision. But I said, you know what? Let’s let this rip. I’m going to give it everything this banana’s got. Let’s go out there and have some fun doing this.”

Now, Michaels seems to have not given up the Banana persona just yet, as he’s launched a Bandana Banana merch line. The three items are a graphic t-shirt, a candle and some graphic socks. All three items are emblazoned with a Banana sporting Bret Michaels iconic red headband.

Check out all three items below. 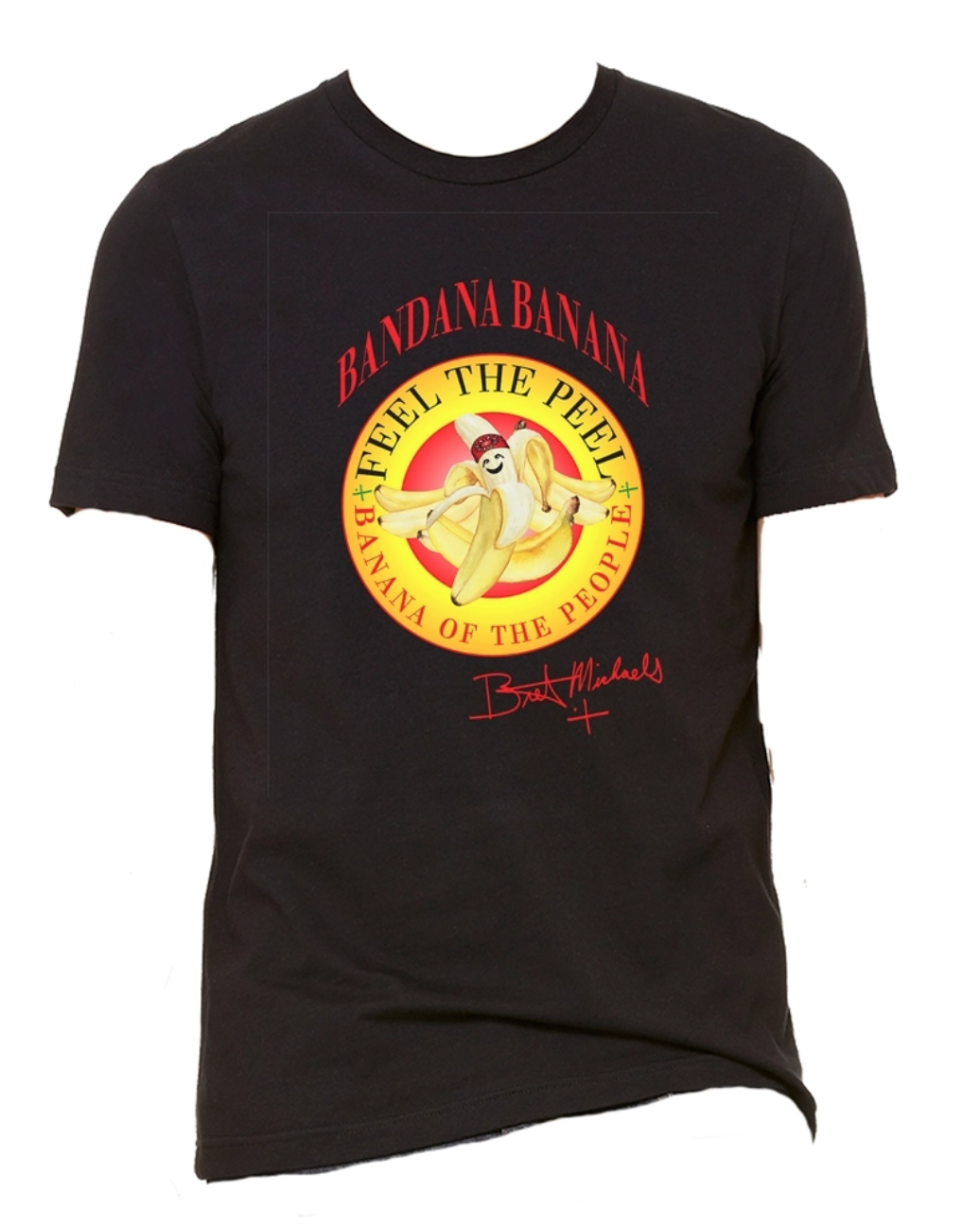 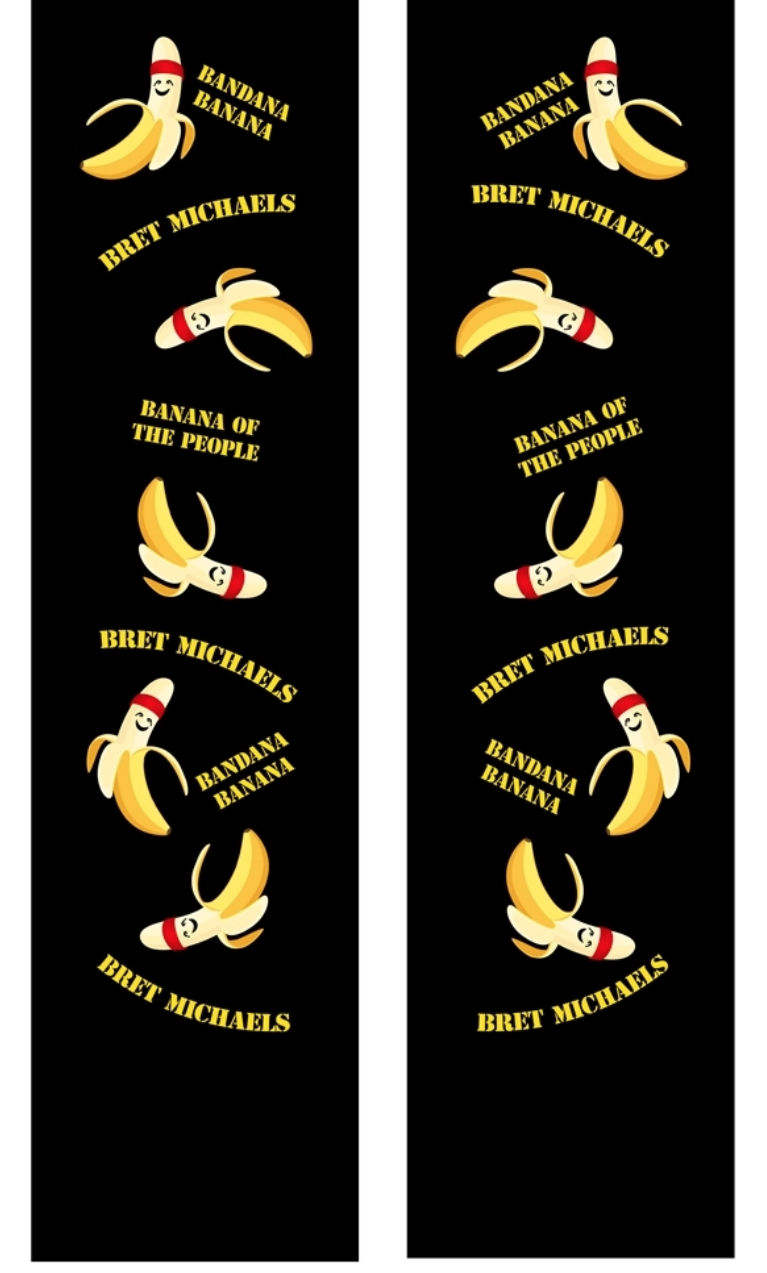 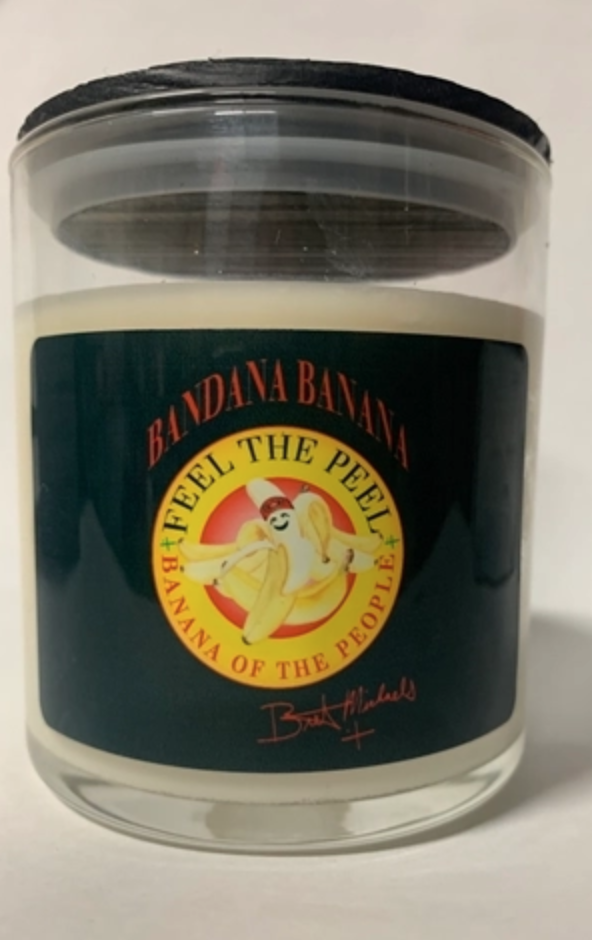 So, if you were able to ‘Feel The Peel’ during Bret Michaels’ awesome run on The Masked Singer, get you merchandise here.

You cans see when Michaels was unmasked below.

What do you think of the Banana-themed merchandise? Tell us in the comments below.