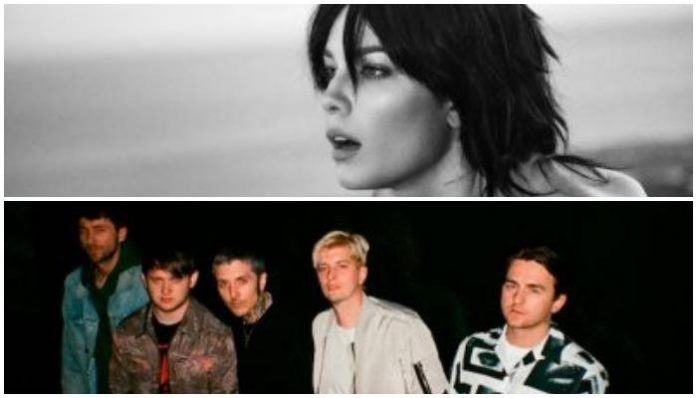 It looks like we’ve been given another peek into the potential collab between Bring Me The Horizon and Halsey. Fans were on the edge of their seat after the rumor began circulating a couple of days ago, and now we’ve been blessed with another teaser.

Two days ago, Halsey shared a clip of her in the studio with two familiar voices in the background.

It turns out, the singer was in the studio with BMTH frontman Oli Sykes and keyboardist Jordan Fish tagged in the caption.

Fans were quick to speculate that a collab was in the works, and now it looks like they may not be too far off in their suspicions.

Fans and even Halsey herself have voiced the desire to work with the metalcore mainstays. She previously praised BMTH for their music video for “Medicine,” writing “BMTH is rly THAT band,” on Twitter. She even congratulated the band on thier grammy nomination for amo.

After receiving hate over her fandom, Halsey was quick to cite her sources on when and where she was in attendance.

“If this is about my bmth tweet I saw them live for the first time in 2009,” Halsey says. “Ur obviously new around here if u dont know that I was an emo since the dawn of time.”

There was nothing but love for the singer from BMTH, though. Bassist Matt Kean shut down any remaining non-believers with a tweet of his own. In fact, Kean recognized Halsey from the 2009 tour date in question.

Do you think we can expect a BMTH and Halsey collab to drop in the near future? Sound off your theories in the comments below!