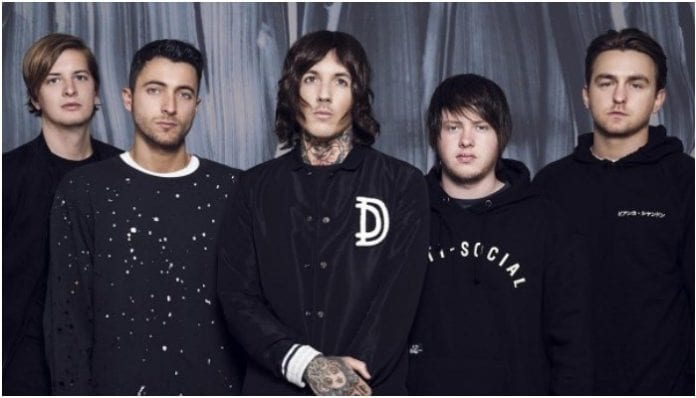 Bring Me The Horizon are seemingly announcing a new album by recruiting cult members, and it’s reached the U.S.

A few days ago, there was a billboard in central London asking fans “Do you wanna start a cult with me?” featuring the Bring Me The Horizon logo and a phone number for Mantra.

Read more: Are Bring Me The Horizon teasing their return?

Well, posters of the same symbolism have been spotted in Chicago, featuring a new number that fans in the U.S. can call to hear the message.

“Mantra, before the truth will set you free, it will piss you off,” the voice says. The long phone call also seems to feature a clip of what might be new music from the band.

There’s also a website, joinmantra.org, that includes information about the apparent cult, which states that “Salvation will return” Aug. 21. By salvation, we hope it means new music from Bring Me The Horizon.

One person on Twitter said the audio on the call changes daily, but they are all extremely creepy.

Bring me the horizon are freaking me the fuck out the phone number for mantra has been a different audio every damn day. Like no stop I can’t listen to “welcome to mantra” again.

Other Bring Me The Horizon fans on Twitter have been going crazy with the clues and getting totally freaked out by the phone call.

I rang that Bring Me The Horizon number and all that mantra shit played, then someone whispers down the phone “help me they’re making us do things” I’ve never hung up so fast. Apparently there’s a new song when you ring, but I’m not down for that creepy shit no thanks goodbye.

what the fuck this cult mantra shit from bring me the horizon is next level effort for a new single promo im so shook call this number: 0800 888 6448 + listen till the end what the fuck pic.twitter.com/L6B81qjwps

Who knows if Bring Me The Horizon have anymore spooky surprises in store for fans between now and Aug. 21, but we know fans will definitely be on the lookout.