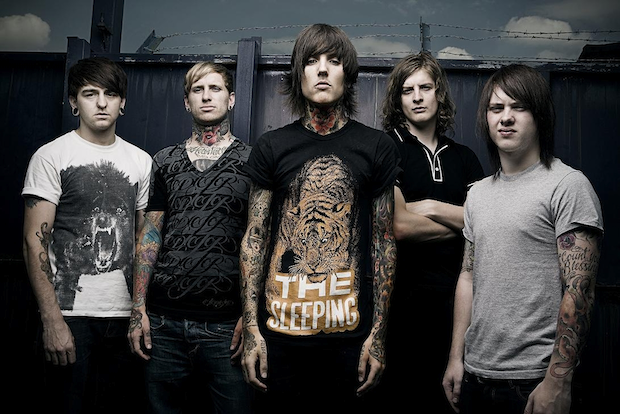 Bring Me The Horizon drummer Matt Nicholls has broken his hand and will be unable to complete the band's current U.K. tour. Filling in for him will be Architects (UK) drummer Dan Searle. BMTH frontman Oli Sykes explains:

“So matts broken his hand! Fuck! But do not fear! All shows are going ahead with dan of architects taking the role of drumming. Matt, as are we, are all gutted that he can’t be a part of these huge shows, but were just happy we dont have to cancel! We will see you at the shows!” “Nicholls broke his arm and I Just had to learn @bmthofficial's set in an hour and play it to 2000 people. Sorry it wasn't spot on if anyone saw!”

There has been no explanation as of yet as to how Nicholls broke his hand, or when he is expected to return behind the kit.