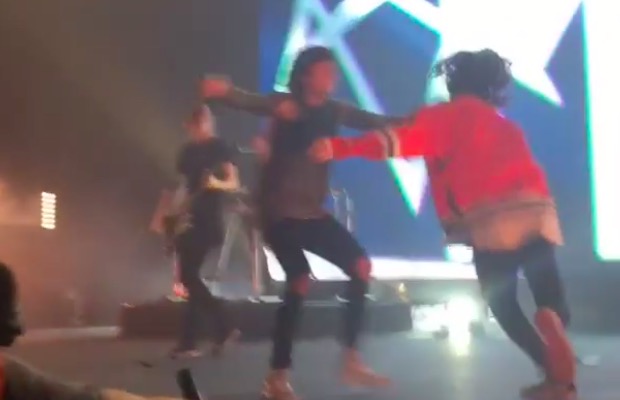 Before we dive into this story, let it be clear that security at concerts is there for a reason: to keep those in attendance safe. While this particular event resulted in a feel-good tale, we encourage fans to respect security and security to respect fans—we all know about those stories.

With that being said, this fan decided to try their luck at getting past security and onto the stage at a recent Bring Me The Horizon show—and they succeeded.

While it can be assumed that some musicians would frown upon a random fan rushing the stage during their set, Oli Sykes received the fan with open arms (literally), and even gave him a few seconds with the mic while they performed “Drown.”

Below, you can see a fan-filmed montage post from a fan on Instagram, which is where it originated. Bring Me The Horizon keyboardist Jordan Fish later re-posted it on his account.