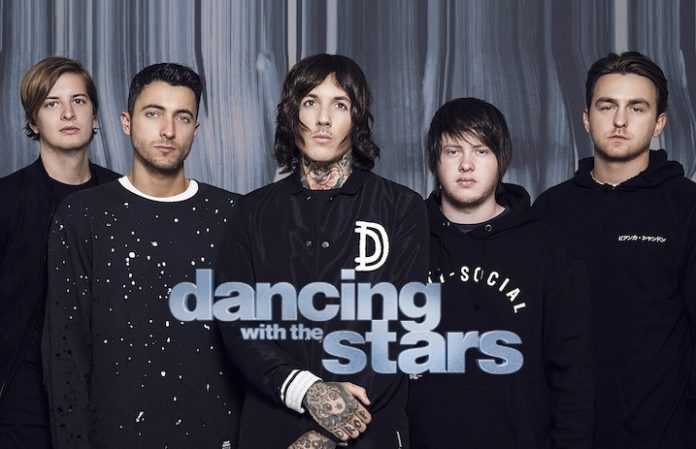 Bring Me The Horizon's Jordan Fish is a lot of things. He's the British band's keyboardist, a philanthropic mountaineer and ostensible Coldplay apologist. What he is not is a contestant on this season of ABC's Dancing With The Stars. And yet, somehow, people think that Fish is on DWTS. What gives?

It's easy to get confused. Singer and actor Jordan Fisher—best known from Broadway's Hamilton—just happens to be a current Dancing With The Stars celebrity, having just kicked off Season 25 of the U.S. dance show.

As reported by Rock Sound, certain fans are quite obviously conflating the two performers' names. This leaves the longtime Bring Me The Horizon member with some hilarious explaining to do on his Twitter account. Check it out:

Not this again… I AM NOT ON DANCING WITH THE STARS https://t.co/GBm77o0fDV

“Not this again… I am not on Dancing With The Stars,” Fish tweets, adding a GIF of actor Alfonso Ribeiro's famous “Carlton dance” from a 2014 stint on DWTS. (The tweet was apparently prompted by Fish being mis-tagged in a Dancing With The Stars-related post from radio station Q100 in Atlanta.)

“Or am I?” Fish cheekily adds.