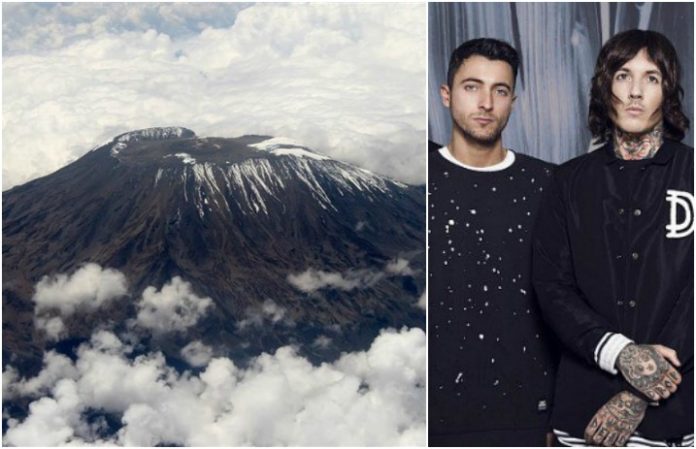 Bring Me The Horizon's Oli Sykes and Jordan Fish will set out at the end of this week to climb Mount Kilimanjaro and raise money for Paediatric Intensive Care Unit at Southampton Hospital. So far, the pair have raised £66,799 of their £100,000 goal with a few days left to donate.

“On the evening of Sunday 21st August, our 4 day old baby Eliot suffered what we eventually found out was a Brain Haemorrhage. My wife Emma and I reacted as quickly as we could as soon as we began to feel his crying changed from what you would consider ‘normal’ to something else. We called an ambulance in the early hours of the morning and did our best to keep him calm, awake and alive.”

Fish's Instagram attributed much of Eliot's recovery to the PICU.

“In terms of Eliot's recovery, we still have a very long way to go and we are taking each day at a time, however he is still alive to fight, he is breathing on his own and we are seeing small improvements every day. He is a little fighter and has shown amazing signs of recovery already, even at this early stage. We owe that completely to the Nurses, Doctors, Neurologists and staff at PICU.”

While in the hospital, Fish states that he wanted to find a way to give back to the ward. Fellow bandmate Oli Sykes immediately offered his help with the matter. The pair will be traveling to Tanzania October 12 to begin their eight day hike up Mount Kilimanjaro.

Fellow artists such as Good Charlotte, Architects and more were quick to help out the cause.

Love these lads @Architectsuk – if anyone else wants to drop a grand our way pls do… link in bio ������������ pic.twitter.com/osOgbULehn

To make a donation and find out more, visit Fish's page at JustGiving.org.