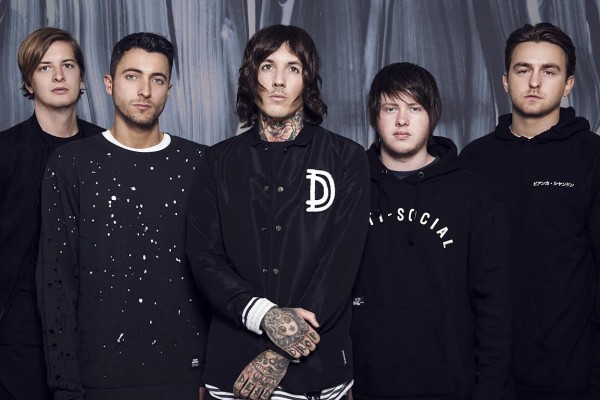 Bring Me The Horizon caught up with BBC Radio 1 Rock Show host Daniel P. Carter and talked more about their time and successes in the US—and more about what their new album will sound like.

Read more from the interview, and hear it in full, below.

Read more: Bring Me The Horizon hope to “push it a bit weirder” on new album

When explaining the sound, he explains that they’ll channel their roots in different ways with their new music.

And he explains that they know there are people who want them to return to their heavier roots, but they aren’t focused on “genre.” They just want to write something good.

“I understand there's probably a load of people who want us to be super heavy, and a load of people who only like the last album, who don’t like the heavier stuff,” Fish says. “That’s just the nature of a band that’s changed styles so much across the course of their career. For us, I just want to write something good. Where it sits genre-wise is something someone else can worry about.”

Guitarist Lee Malia and frontman Oli Sykes both talked about the time it’s taken for them to break into the American market while they’re so big in the UK. “It’s a lot harder to break into radio in America,” Malia explains.

“There’s a whole other audience over here just listening to radio that don’t know your band even exists. In England… if you’re on the radio everyone hears it and kinda knows what’s going on but over here in America the radio rock scene is huge. If you break into that then you get a whole new audience that never knew about you.”

Listen to the in-depth interview in full below:

What are you hoping to hear on Bring Me The Horizon’s next record? Let us know in the comments below!