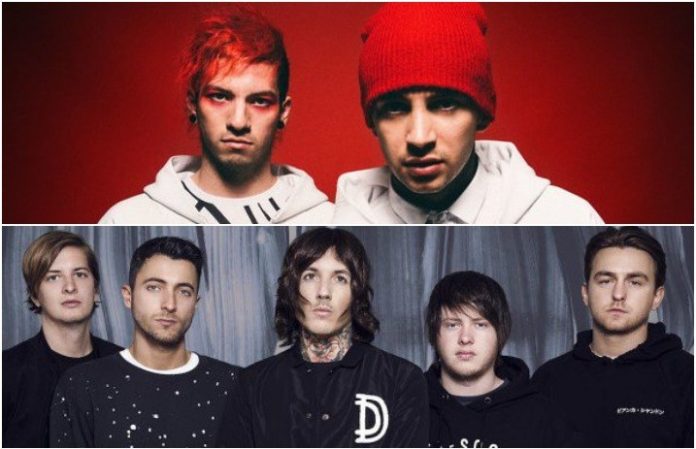 As we excitedly await Bring Me The Horizon's new album, frontman Oli Sykes has shared a little bit more about what to expect.

“I don’t think any Bring Me The Horizon fan is going to be surprised at this next album sounding different to the last one,” Sykes tells Kerrang!.

“I kind of know where I want to go, but it’s also falling into place as we write the thing. We want it to be different, and we want to push forward.

“We like the idea of breaking into the mainstream. We’re not ashamed of that; we don’t see it as selling out. We see it as a great challenge, to make music that can be adored by more people but still retain who we are. That is the goal.”

And Sykes cites another one of our favorites—Twenty One Pilots—as an influence on the band's “next phase.” With BMTH wanting to both maintain their identity and achieve massive mainstream success, it only makes sense since that's exactly what TØP have been able to do.

“[They’re] popular and accessible, but without compromising their integrity or who they are,” Sykes explains. “That’s a real challenge now.”

The music source explains that the band are in the early stages of their new album, and though they have yet to formally announce their next release, we are excitedly awaiting its arrival.

In fact, it's one of our most anticipated releases of 2018.

In an interview last spring, Jordan Fish briefly talked more about the band's direction on their sixth full-length album.

We're just excited to see what they give us next.