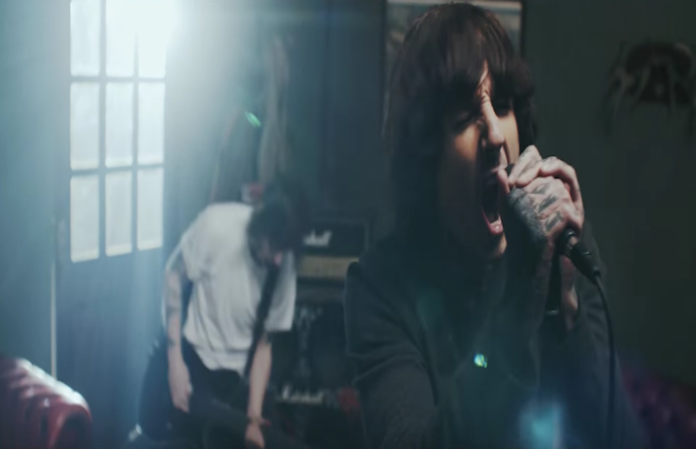 We're still jamming to the new While She Sleeps song that was released last night and now we have a video to binge watch too!

Oli Sykes is featured in the video and makes us drool at the idea of a While She Sleeps / Bring Me The Horizon tour. Check out the video below!

While She Sleeps' third album, You Are We, has definitely had us talking and speculating since the band announced that it would be released throughout the help of an album back in September.

Fans embraced this change wholeheartedly and at the time of writing, fans have funded 166% of the goal. Over 2,500 people have pledged money towards the release of this new album along with supporting While She Sleeps.

Even the band's studio where they're recording the album was converted by the band from a warehouse in the middle of Sheffield, England.

You can preorder You Are We here. That album will officially release April 21.

Watch the video for “Silence Speaks” below!