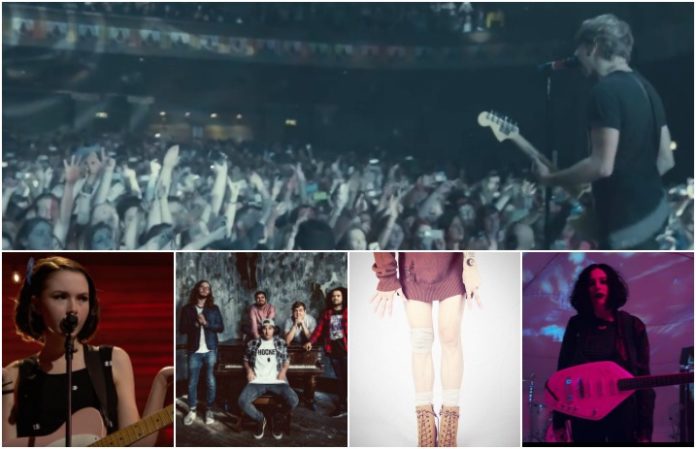 Broadside and Lights look to be teasing some exciting stuff, and the Regrettes made their TV debut on CONAN. Plus, a tour from Andrew McMahon In The Wilderness. Check out the news you might have missed today below.

Read more: Tool add headlining show with Primus, special guest and other news you might have missed today

All Time Low have released a live video of “Dirty Laundry.”

The song is the lead single from their forthcoming album, Last Young Renegade.

Not only did Matty Healy and George Daniel produce the single, but Pale Waves are also heading out on tour of North America with the 1975.

Lights looks to be returning with a “new age.”

Andrew McMahon In The Wilderness announced a tour with A R I Z O N A and the Greeting Committee for this summer.

State Champs are premiering their new DVD at an event in Los Angeles April 22.

The DVD comes with a deluxe edition of Around The World And Back.

The Regrettes made the television debut on CONAN with a track from Feel Your Feelings, Fool!.

Watch the performance of “Hey Now” below.

Broadside are teasing a new single for April 27.

Summerfest is hitting Milwaukee this June and July.

A Day To Remember are slated to headline. PVRIS are also making an appearance!