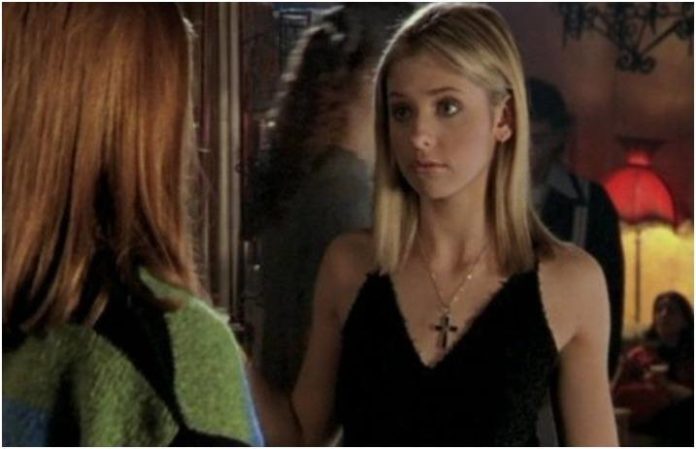 2018 is shaping up to be the year of the revival, and we honestly can't complain. With all of these beloved shows coming back to the small screen, one classic has been seemingly skipped over—until now.

That's right, Buffy fans. It looks like the show might actually get its chance to rise from the dead and get rebooted after all. While nothing is confirmed, it does appear that a revival could possibly be in the works.

As reported by Variety, FOX Chairman and CEO Gary Newman shared that there have been talks about the show making it’s way back onto TV. The only factor that FOX apparently needs is Joss Whedon, the original creator, to be on board with the show's revival as well.

While it’s up to Whedon to decide if a reboot will actually happen, we’re hopeful that he’ll decide to come on board for the project. With popular '90s shows making their way back to the small screen, like Sabrina the Teenage Witch and Roswell, we'd love to see Buffy make her way into the mix as well.

There may not be much news about the reboot now, but we’ll definitely be keeping our eyes open for any further information.

The news of a potential reboot couldn’t have came at a better time. Over the weekend, Buffy the Vampire Slayer celebrated its 21st anniversary. To honor the big day, the show’s star and Buffy herself, Sarah Michelle Gellar, shared a slew of behind the scenes and present day shots in honor of “Buffy Slay Day.”

In her post, Gellar wrote: “I have always believed that the world is changed by your example, not by your opinion. We have all learned a lot from Buffy, and the best part is, that never ends.”

I don’t think it’s a coincidence that the anniversary of #btvs is the same week as #internationalwomensday. I have always believed that the world is changed by your example, not by your opinion. We have all learned a lot from Buffy, and the best part is, that never ends. “From now on, we won’t just face our fears, we will seek them out. We will find them, and cut their hearts out one by one. There is only one thing on earth more powerful than evil, and that’s us” Scroll through for some behind the scenes pictures, then and now (hopefully there will even be some you have never seen) #buffyslayday

Do you want a Buffy reboot? Let us know below!