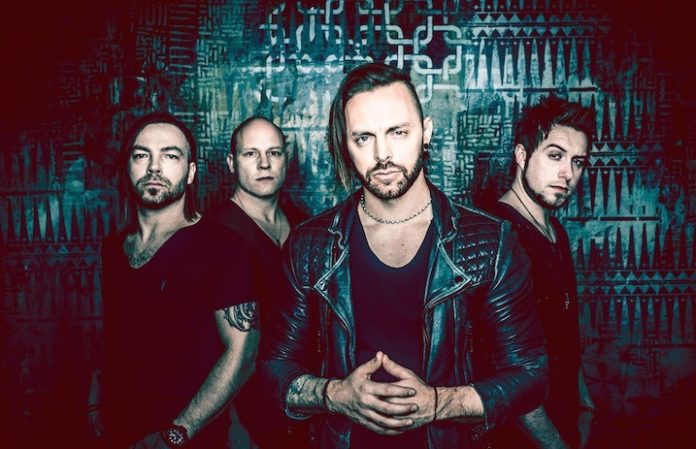 Bullet For My Valentine are changing things up a bit on their latest single, “Letting You Go.” The track is from their upcoming album, Gravity, out June 29 on Destroy/Spinefarm Records.

After promising fans that their next album would be drastically different than those of the past, the Welsh heavy metal band are certainly delivering. By slowly releasing tracks over the last couple weeks, “Letting You Go” is the third single from the band’s sixth studio album. First releasing “Over It” at the beginning of April and then “Piece Of Me” later that month, “Letting You Go” features a sound completely different than the other two singles.

In a premiere with Hammer, vocalist and guitarist Matt Tuck says, “I really wanted to make a track that stood out from the crowd and separated us from any other band in our genre, and that's exactly what ‘Letting You Go’ does.”

While being the band’s most challenging project to date, Gravity is only the second full-length without their original bassist, Jason James, who was replaced by Jamie Mathias in 2015. In addition to James, Michael Thomas also left the band in 2017, marking Gravity as the debut for new drummer Jason Bowld. With these lineup adjustments, the new album is sure to carry out a distinct change for fans who are ready to hear the band grow sonically. You can preorder Gravity here.

You can listen to “Letting You Go” below.

Bullet For My Valentine will be playing Rock On The Range tomorrow evening, May 19, in Columbus, Ohio. BFMV will be sharing the day with Avenged Sevenfold, Three Days Grace and many others. Their tour promoting Gravity begins Sept. 13 in Kansas City, Missouri, at Harrah’s Voodoo Lounge. In the meantime, you can check out a full list of world-tour dates here.