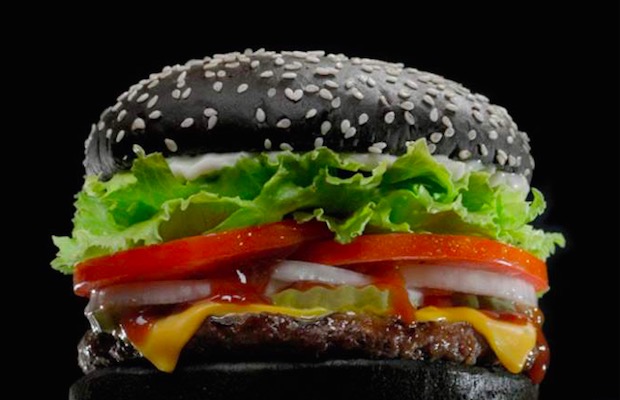 If a burger could identify with a specific group of people, Burger King’s new Halloween Whopper would definitely side with the goths.

It has been confirmed that the restaurant chain is launching their infamous dark delectables—which were previously only available in Japan—in America, just before Halloween. This version of the burgers, however, will differ from the ones originally found overseas: They will be served just like a regular Whopper, but with a black bun.

According to a press release, to get their black texture, the buns are baked with A.1. “Layered between the buns is savory flame-grilled beef, topped with melted American cheese, ripe tomatoes, fresh lettuce, creamy mayonnaise, A.1.® Thick and Hearty Sauce, crunchy pickles and sliced white onions.”

Starting today, you can pick up a Halloween Whopper for $4.99.