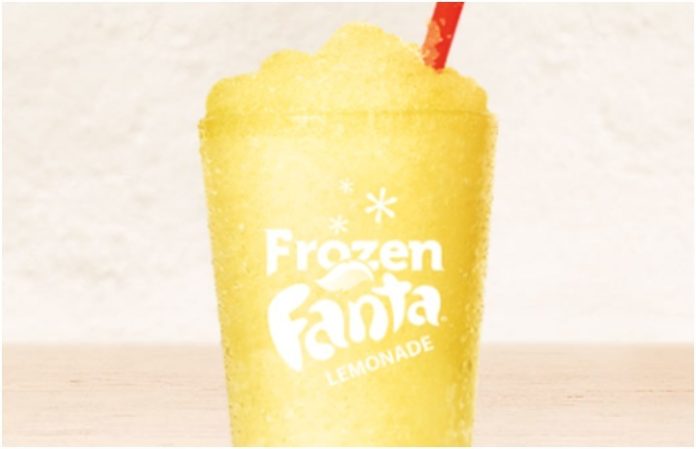 Frozen drinks may be nothing new for Burger King, but this new frozen delight may have just stolen our hearts.

For those of us who are eagerly anticipating summer to arrive, the news of this new frozen treat has got us even more excited for the warm weather and brain freezes that are sure to accompany the lemon-y drink. Being dubbed Burger King's new Frozen Fanta Lemonade slushie, the announcement of the new lemonade-inspired frozen drink has made even more excited for summer.

The drink, being one of Burger King's many slushie options, is expected to be a combination of Fanta's lemon drink with some ice. Though, according to a report by Bustle, for fans who are wanting a more sweeter drink, they will also have a Frosted Fanta Frozen Lemonade, which will have “classic vanilla soft serve blended into it.”

Sounds pretty delicious, right? Well if you think so too, you might want to head down to your nearest BK.

The drink is currently only available in the United States, and per the food chain's website, the drink is scheduled to be available for a limited time. Though, who knows, the drink could become such a hit that the food chain will decide to keep it on the menu longer… We can at least hope so anyway.

Just seen the burger king have started doing fanta lemon slushies… why is the nearest one a 20 minute drive away!?

What do you think of Burger King's new Frozen Fanta Lemonade slushie? Let us know below!