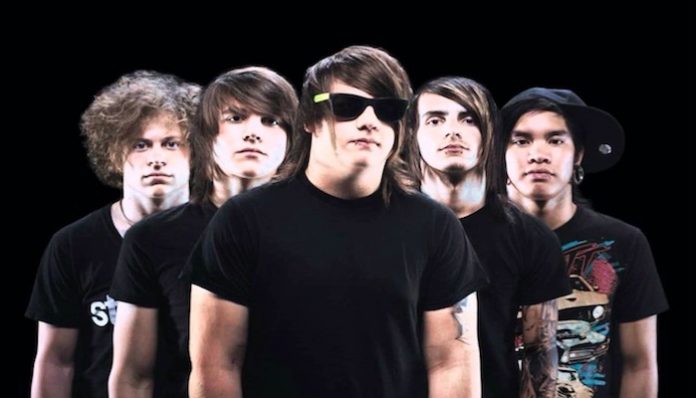 Franck left Attack Attack! in 2010 to focus on his religion. Following his departure, Shomo, who was already the unclean vocalist at the time, became the clean singer as well until his departure in 2012. The band broke up the following year.

Read more: Everything coming to and leaving Netflix this December

Shomo went on to start the hardcore band Beartooth, for which he had already written songs for before he left Attack Attack! Beartooth have released three full-length records, with their latest, Disease, dropping in 2018.

Franck brought Bilmuri to life in 2016 with their debut release, Jaquar Shark, dropping the same year. The post-hardcore band have released eight albums since they formed, all of which contain eight to nine songs. Their latest album, wet milk, was released earlier this year. The post-hardcore group’s new album, RICH SIPS, is set to release Dec. 17.

I wanted to say I love you guys so much for the support you have given me! YOU make my life so fucking awesome ❤️❤️❤️

RICH SIPS will be released on DECEMBER 17TH! pic.twitter.com/rcD6QaDVVT

The track opens with static before what seems like a TV show recording kicks on. A man’s voice can be heard saying, “I don’t like stupid people,” followed by a laugh track echoing back into the listener’s ears. “So I have very few friends,” the man gets out before the breakdown drops.

Towards the ending of the song, the music begins fading out before Shomo’s voice can be heard.

“Hey, it’s Caleb Shomo. Here’s my vocal feature. Thanks,” is all the singer says before the music completely stops and the song ends.

Fans quickly took to Twitter after realizing that they had been trolled by the band.

That troll was immaculate. Time to complain about it

i been fuckin bamboozled. good song tho.

You can check out the full song below.

Beartooth released the EP B-Sides in May, consisting of two songs that had been unused during the making of Disease. They followed it up with The Blackbird Session in September, which reimaged several Disease tracks with a folk spin. The band also just released a surprise deluxe version of Disease in October, with the two songs from B-Sides, two live recordings from their set at Rock am Ring and two previously unreleased songs. You can pick up your digital copy here.

Beartooth are currently on tour with A Day To Remember and I Prevail. The band will also be hitting the road early next year with Motionless In White on the Diseased & Disguise tour before heading overseas with the Amity Affliction. Check out the list of dates below and pick up tickets here.

* with A Day To Remember
^with Motionless In White