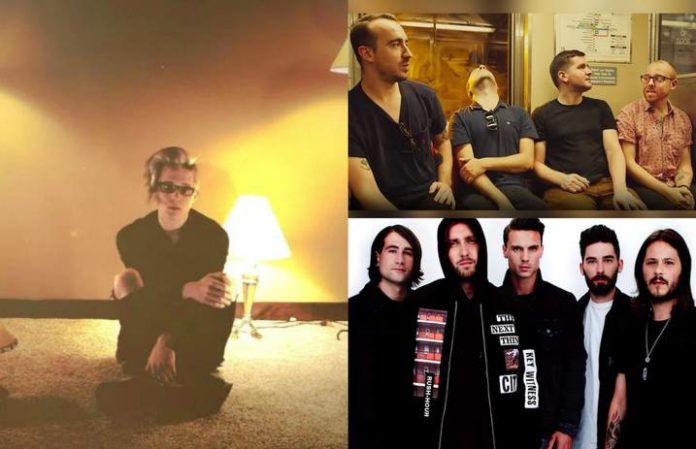 New music from The Menzingers and Beach Slang—plus a headlining tour from Call Me Karizma. Check out the news you might have missed below.

Read more: WSTR release a new single from their upcoming record, and other news you might have missed today

Not only did Beach Slang announce they're supporting Minus The Bear on tour today, but James Alex and Co. are also releasing an all-covers EP called Here I Made This For You.

The EP will features songs from the Modern Lovers, the Candyskins and Tommy Keane (via Stereogum).

Listen to their cover of the Adverts' “Bored Teenagers” below, and grab Here I Made This For You Mixtape Volume II Feb. 10 on Polyvinyl.

The Menzingers released the title track from their forthcoming new album, After The Party.

Call Me Karizma will head out on The Emo Espresso Tour with Cosmos & Creature, Kid Quill and Patternist. There will be a free meet and greet with every general admission ticket along with an limited number of Emo Espresso Express Packages available.

AP caught up with Call Me Karizma last December and talked working with members of the Summer Set and his new track, “If I Had A Heart (ft. Avalon Young).”

Grab tickets for the tour here.

You Me At Six's BBC Radio 1 Live Lounge footage is now available.

The British rockers hit the Live Lounge yesterday to perform “Swear” and a cover of Rag N Bone Man's “Human.”

You Me At Six released their newest album, Night People, on Jan. 6.

Performing at the Maine's forthcoming 8123 Fest, Brighten announced—on The Gunz Show—that their new album will drop next week.

The band also mention how they scrapped all the songs they had originally written for it.