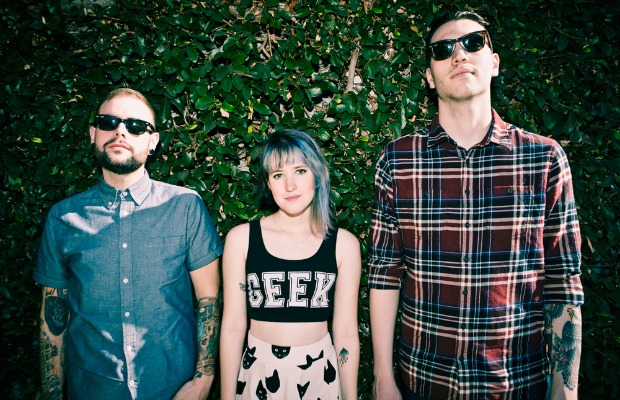 Candy Hearts have announced a unique co-headliner with acoustic singer/songwriter Chase Huglin (InVogue Records) for this summer. Titled the “Petite Mansion Tour“, both artists will be performing alongside September Stories in DIY spaces, coffee shops, and living rooms across the country. Additionally, this entire tour will be booked by individual fans. You can check out the routing and learn how to get involved below.

“I really wanted to break down the barrier between fans and musicians and create a living room/small venue tour, to give fans the unique experience to see bands that frequently play larger venues in a different setting,” explains Huglin. “The hope is to keep the ticket prices low, and when booking the tour give fans and smaller promoters a chance to book the tour.”

“When Chase came to me with the idea of the Summer Series, I was so pumped,” commentsCandy Hearts frontwoman Mariel Loveland. “Aside from a show here and there around home, Candy Hearts has spent the last couple of years playing larger tours—which we love immensely, obviously—but we haven’t had the chance to play acoustically in an intimate environment in years. I think a tour like this brings in the best parts of summer—staying up late and playing music with your friends. A show that seems more like hanging out with your best friends than attending a rock concert.” (via Substream)

To book one of the following dates, you can reach out to Chase Huglin and Candy Hearts via the tour's Facebook Page. As a warmup for this acoustic tour, Candy Hearts are also giving away their latest acoustic EP digitally for free here.