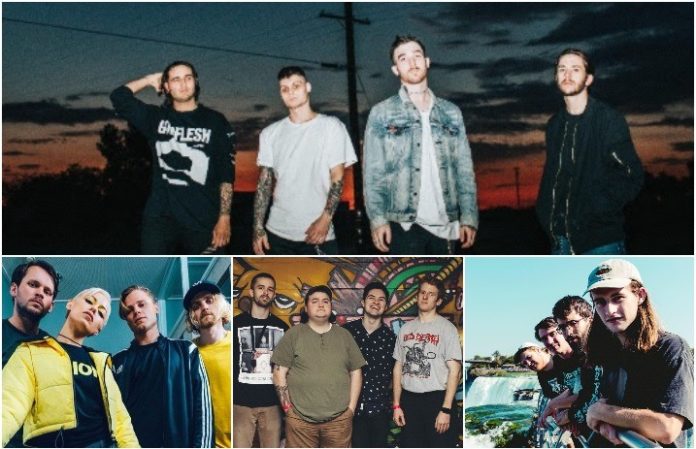 Catch Tonight Alive and Fossil Youth on tour—plus, hear new songs from Cane Hill, Heart Attack Man, Eternal Void and White Knife Study. Check out the news you might have missed today below!

The track is taken from the band’s second full-length, Too Far Gone, out January 19 via Rise Records.

2. Tonight Alive announced that ROAM and the Gospel Youth will be joining them on their UK and EU tour.

Our friends in @ROAMse and @TheGospelYouth will be joining us on our UK/Europe tour! Tickets on sale now at https://t.co/BtIKu8dLWa, VIP coming soon. pic.twitter.com/g4PvL1IMqv

Tickets for the March shows are currently on sale now.

here we go 2018. clear your schedge. finish up your “new year new you” juice cleanse by the time we get to your town. tickets on-sale now at https://t.co/3T5dKVN2Cd pic.twitter.com/2xvbBF8OA1

They’ll be hitting cities across the U.S., including Denver, Seattle, Atlanta, Philadelphia and more.

The track is taken from their upcoming split with McCafferty, set to be released Feb. 2.

5. Fossil Youth announced the final leg of their 2018 tour.

Excited to announce the final leg of our 2018 tour! Hitting the northeast with @richpeopleband and @boguesdude and the southeast with @NorthboundFL More dates to be announced soon. Tickets and info at https://t.co/MxrTMdFtio �� pic.twitter.com/Jf82DzxFvo

They’ll be hitting the northeast with Rich People and Bogues and the southeast with Northbound.

The band are also premiering their first single, “Element,” off Catharsis, out March 2.

It’s the second single from the band.