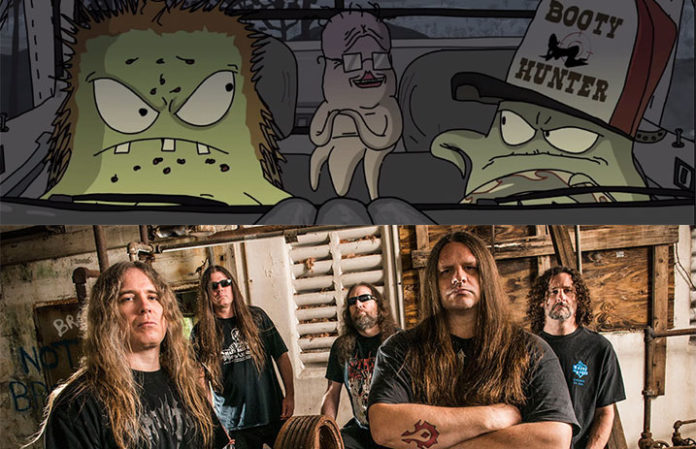 Let’s face it—Adult Swim is straight up awesome. No matter how strange and quirky you think some of the channel's programming may be, it isn't afraid to push boundaries, expand creativity and embrace music.

In fact, Adult Swim has been a friend to musicians for some time now, presenting shows like Metalocalypse, which starred the metal artist Dethklok, and Loiter Squad, which featured alternative hip-hop group Odd Future.

Read More:  ‘Adventure Time’ is ending and the internet is not okay

Adult Swim has even put out albums in partnership with record labels like Stones Throw Records, Warp Records and Ghostly International. You can also visit the music page on its website to view a list of exclusive albums and mixtapes made available for download, including a compilation of exclusive 2016 singles released thus far.

With that said, Adult Swim is certainly not confined to any particular genre—with shows like Metalocalypse, the channel's actually not scared to dip its hands into some heavy and aggressive music. Case in point: Adult Swim recently sought out death metal behemoth Cannibal Corpse to perform the theme song to one of its network staples, Squidbillies, for a Halloween special (via Metal Injection).

Stating that the producers of the show contacted the band to play their rendition of the southern-tinged TV show theme, the Buffalo death heads were much obliged to partake in the challenge.

Have a listen to Cannibal Corpse’s version of the Squidbillies theme below, and catch the entire Halloween episode here. It doesn’t get much Cuyler than that, huh?