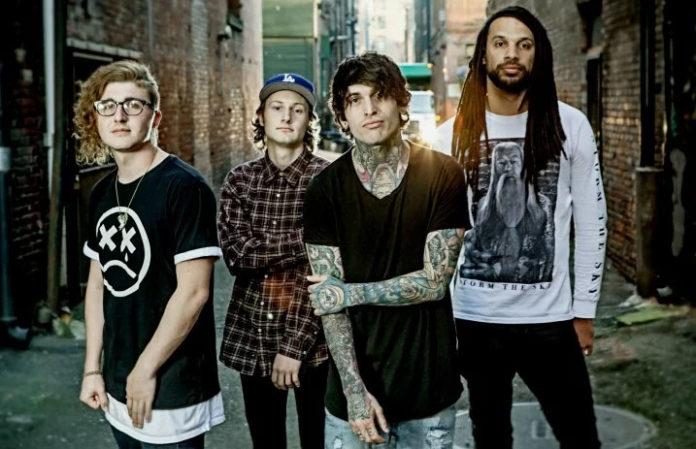 After seven years of being together and releasing two studio albums, Capture the Crown has announced their breakup.

Check out how they did it below.

Their last album, Reign of Terror, was released in 2014 and was their only album to ever chart on the Billboard 200. It peaked at No. 86 and was produced by From First to Last's Matt Good and Taylor Larson.

In July, the band released their last song “The Lake” which was supposed to be from their third album, released at the end of the year.

“This is the first Capture the Crown album where the band has written the album in its entirety, no help, no writers, just four band members who came together and wrote some kick ass songs,” said vocalist Jeffrey Wellfare at the time. “I'm so proud of the boys for all the hard work they have put into this album. It truly shows when listening to the content. This is the best material the band has written to date. The songwriting, the content and emotion creates a special stage for the most epic roller coaster ride. Assume nothing, be surprised.”

The band's final tour was Slaves' Us Against The World tour which featured Slaves, Capture The Crown, Myka Relocate, Outline In Color and Conquer Divide last year.

They announced the breakup through a simple picture posted on their social media. Check it out below.