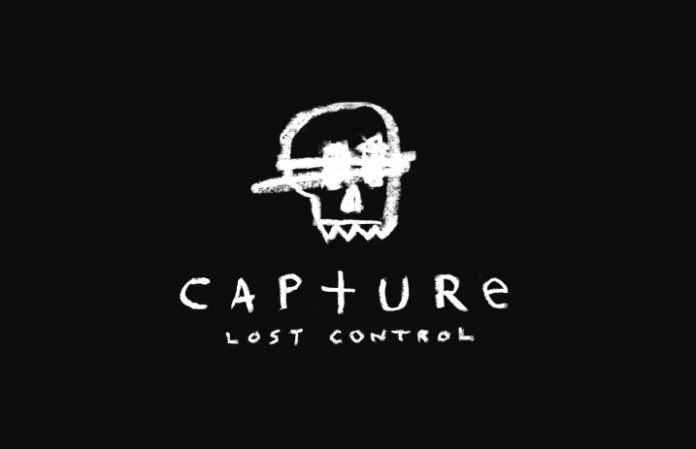 Following the “RIP CTC” announcement earlier this week, Capture The Crown have announced a new chapter, a new name and a new song. Capture are releasing their debut single, “Lost Control,” which you can check out below.

“We’re moving on and opening another chapter of the book,” explains Capture’s Jeffrey Wellfare. “I just feel like it’s necessary moving forward. It’s a good thing for me and for the team.”

The song, “Lost Control,” from Capture’s forthcoming debut record, is a look at what they as a band want to be and sound like going forward. That “RIP CTC” post was not marking an end to new music—rather, it marked the end of one part of the story and created a blank slate for the group to produce new music with a new sound and influences.

“We did an RIP CTC [post] because we’re not going to be referred to as Capture The Crown anymore—we’re just going to be Capture,” Wellfare says. “It allows us to play some back catalog stuff, but it also allows us to progress into a new realm that we’ve been wanting to do for awhile.”

After seven years and two records under Capture The Crown, Wellfare explains that this new project is the direction the band needs to take. Through the years, his musical preferences have changed. His interests have expanded. And, even more, he was looking for something to ignite a musical spark—and that’s what he’s found in Capture.

“It’s weird because I feel like I’ve been stuck in Capture The Crown for a few years and doing stuff that I don’t really enjoy doing because obviously at the beginning the band, my music choices and tastes were very different from what I’m into now,” Wellfare says.“That was seven years ago—even longer than that. People change, opinions change and music tastes change, and I’m just moving forward with what I feel comfortable with and what everyone else in my team and the band feels comfortable with. We’re just going to capitalize on that and if people like it, they like it, and if not, it’s all good. Just going to do it and enjoy it.”

“I feel like there’s a lot of negativity around [metalcore], and I’m too old for that stuff now. Not that I don’t want to be a part of it, but I don’t really want to associate myself with negativity that comes with the genre that we’re playing right now. It’s just moving forward and being happy and getting excited about music again…”

But Capture doesn’t want to alienate the fans who have been there since day one of Capture The Crown. Looking ahead to new music, the group will continue to incorporate some of the elements that fans have grown to love while heading in a new direction that shows the full capability of the new project.

“It’s going to compliment what direction we want to go in and open a lot of new doors for us,” Wellfare says. “But it’s a weird place to be in because for a long time, we’ve been in the metalcore or the metal scene of things, and I kind of want to get out of it. I feel like there’s a lot of negativity around it, and I’m too old for that stuff now. Not that I don’t want to be a part of it, but I don’t really want to associate myself with negativity that comes with the genre that we’re playing right now. It’s just moving forward and being happy and getting excited about music again, and I’m very, very excited about this album and moving forward.”

Their new track, “Lost Control,” is a first step for Capture as they branch outside their former image and embrace their new sound going forward. It’s the debut single from the newest project to hit the scene, and they’re excited to see where they go from here.

Give Capture’s new song, “Lost Control,” a listen below, and purchase the single here:

How excited are you to hear new music from Capture? Let us know in the comments below!