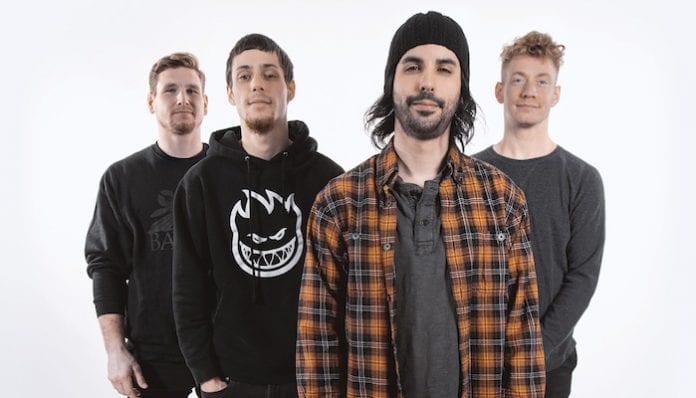 Wallows shared a new rendition of “Are You Bored Yet?”—plus, don’t miss a performance from Alec Benjamin and John Mayer. Check out the news you might have missed today below!

beabadoobee dropped a new music video for “Disappear,” the lead single off the vocalist’s latest EP. The video explores the hardships and highlights of a relationship in reverse. Loveworm is available to stream here.

We’ve signed to @purenoiserecs Our debut EP “Rising” is out today on all streaming platforms and you can order physical copies from the link in our bio! Thanks for listening!

Cold Moon signed to Pure Noise Records and released their debut EP, Rising. “I don’t know if it was the right approach to songwriting, but it felt good,” vocalist Jack Sullivan says. “It was like a nice coat of finish on a completed piece of art. We didn’t know what was going to happen when we got in a room together, but it was a real safe, comfortable space. We just let the music happen.” The EP was written to capture feelings of change and vulnerability, and it’s available to purchase here.

3. Wallows share stripped version of “Are You Bored Yet?”

Wallows unveiled a stripped-down rendition of “Are You Bored Yet?” The video was recorded in Los Angeles’ Henson Studios and features the band accompanied by a string quartet. The original track is included on the band’s debut LP, Nothing Happens, which is available to purchase here.

Vault 51 shared their final EP, False Flag. Due to difficulties with getting their guitarist a visa and other obstacles, they’ve decided they’ll end the band with the album. “We didn’t want to dissolve without thanking you for sticking with us,” the band says. “That is why we have decided to go ahead and release our final EP, False Flag. We worked incredibly hard on these songs, and we hope you have as much fun listening to them as we did making them!”

Smokeasac debuted his newest single, “Never Mind.” “[It’s] a song about the feeling of losing someone close, a loved one, maybe a friend or significant other,” the rapper says. “And the nightmarish feelings that come out when you find yourself alone at night. Partying doesn’t make up for feeling the loss of the relationship you had.” The track follows dual release “BLACKOUT!” and “Losing My Mind” earlier this year and “Leave You Behind” last year. “Never Mind” is available to stream here.

quick update… heroes do exist. last night was a dream come true. thank you @johnmayer for joining me on stage & for inspiring me to make music. you are one of the most talented, humble, & generous human beings i have ever met. i love you & i feel very lucky to have you in my life.❤️. **last pic is the poster I had on my wall of John when I was growing up & have kept all these years**

Alec Benjamin was joined onstage by John Mayer. The two performed Benjamin’s “Death Of A Hero” and Mayer’s “Slow Dancing In A Burning Room” at Benjamin’s sold-out show at L.A.’s El Rey Theatre. Benjamin released Narrated For You last year, which is available here.

Carousel Kings released their latest single, “Monarch,” off their upcoming album, Plus Ultra. In celebration of the release, the band are hitting the road in support of the full-length. “We are totally thrilled to get out there, do the work and show fans where Carousel Kings are at as we prepare to enter a new decade,” vocalist David Alexander says. “Plus Ultra is the culmination of where this band came from and where we are going.”  The LP is out May 31, and it’s available for preorder here. Tickets for the first leg of the tour are available here, and dates are below.