It’s been just under seven years since Cartel released their fourth full-length Collider. While the band never really went away, playing one-off gigs and emo night-related DJ sets over the past few years, it appears something is on the horizon for the scene favorite.

The same image appears on their official Twitter account. The logo is also being used on a band Instagram account, which appears to have recently been launched given it has just under 200 followers at the time of writing.

While the account isn’t verified, frontman Will Pugh credits himself as “Downstage Center for @cartel.band” in his own Instagram bio, linking to the same account, which doesn’t have any posts just yet.

Read more: Will Pugh of Cartel looks back on 10 years of ‘Chroma,’ “Honestly” going Gold 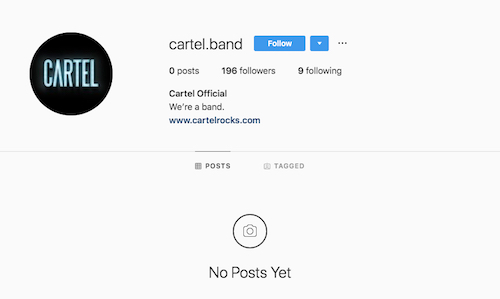 The final piece of the puzzle is the band’s official site, cartelrocks.com. There, as expected, the same logo appears front and center. The menu bar features home, contact and events sections, but nothing is listed under the latter at this time. 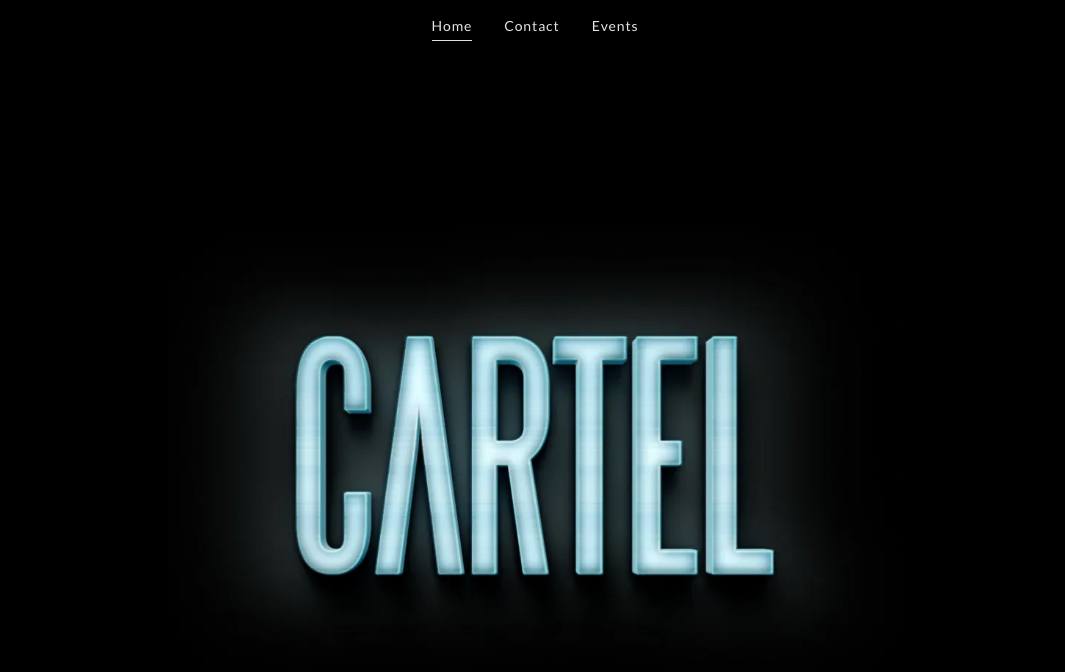 Could this mean Cartel is staging an epic comeback of sorts? Fans are pretty convinced, including Sleep On It frontman Zech Pluister. Check out some of the best reactions below.

Read more: 10 scene songs you forgot you know every word to

Cartel changed their profile photo on Facebook. I need air. Do not text. pic.twitter.com/w7fuHoffbo

APPARENTLY IF YOU TWEET SOMETHING, IT COMES INTO EXISTENCE. I SEE YOU @Cartel https://t.co/G7ZK3H38mU

Y’all acting like @Cartel ever actually broke up or something

Bands can take a step back without labeling it anything, living your life is sick as fuck

bro @cartel is up to something let’s GOOOO

Cartel made their debut in 2005 with the release of Chroma, which featured breakout hit and gold-certified “Honestly.” The band embarked on a 10-year anniversary spring tour celebrating the album in 2015, and shortly after its conclusion, Pugh chatted with AltPress on the song and album’s impact.

This happened. I only post this to say that dreams are worth following. I know it's not a platinum record and I know it's just a gold single…but it's something that I've always wanted since I first stepped foot into a real studio and saw records on the wall. To me, this is my own piece of the pie. To you, it hopefully brings inspiration to go out and get your own "gold record"….whatever that may be. Dreams and visions CAN come true even if it's 10 years down the line. Just believe in yourself and work hard and you never know what might happen. Thanks to all of you out there for the support that led to this having a spot on my wall. It might be the only one I'll ever have but no one can take this away. Thank you all for that.

“Basically, it was at this point in time where my wife and I were still dating and we were in college and I left and went out on tour,” Pugh says of writing the single. “We had broken up and I was like, ‘I’m going on tour, and you’re going to be in college. I don’t know how long I’m going to be gone, pretty much perpetually. So, I think it’s best if we break up.’

“We had been dating for three or four years, but we were broken up for about a year and she had started dating someone else for a little bit. And that made me want to fucking kill things. And this was long—maybe six months after we had broken up. I was like, ‘Yeah, I’m coming off the road and I’m going to see you for the first time,’ and then her dating someone else started happening and it affected me a lot more than I thought. It just ate at me so hard. So, that’s basically where ‘Honestly’ came from. Like, ‘I don’t know what I’m going to do or how I’m going to do it, but I’m getting you back.’”

The self-titled follow-up came two years later when the band agreed to enter a bubble constructed from glass and steel to record. MTV captured footage for miniseries Band In A Bubble while they were simultaneously under a webcam and visitor-induced microscope, which featured everything from general antics to a behind-the-scenes look at Juliet Simms recording “Lose It.”

The band went on to release 2009’s Cycles and most recent Collider in 2013. Shortly after the release of their last LP, they joined Stages & Stereos, Man Overboard and Mayday Parade on the Glamour Kills tour.

Following that Chroma anniversary tour and a Slam Dunk slot in 2015, they joined the first and only Warped Rewind At Sea in 2017. The cruise boasted a slew of festival favorites such as 3OH!3, Bowling For Soup, Good Charlotte, Less Than Jake, Reel Big Fish, Simple Plan and the Starting Line.

While the band as a whole has remained relativelty quiet, Pugh has played a handful of emo night-type gigs over the past few years. He also most recently teamed up with New Found Glory to work on From The Screen To Your Stereo 3, which dropped in summer 2019.

Started lead guitar tracks today for #fromthescreentoyourstereo3! Love this part of the process. #newfoundglory. @willpug did his 2006 hairdo for Halloween today.

First full week of tracking down! We are having so much fun making this record! Two more song announcements over the weekend! One tomorrow and one Sunday! Stay tuned for more video madness as well #fromthescreentoyourstereo3

What do you think is going on with Cartel? Let us know in the comments below.