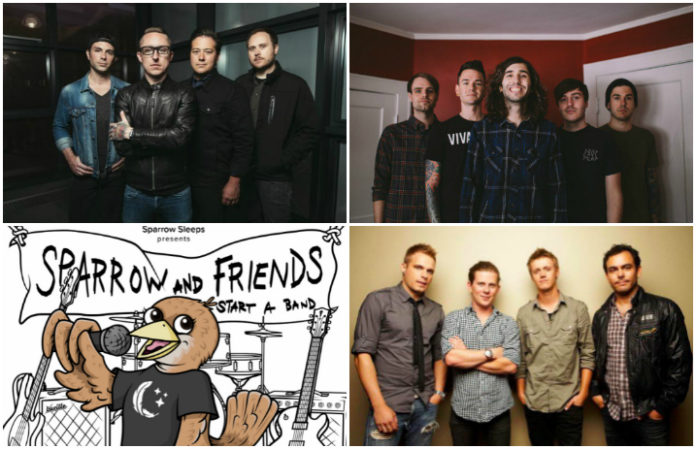 Following in the footsteps of some of their previously amazing children’s releases, Sparrow Sleeps is teaming up with some of our favorite pop punkers for a collab album Sparrow and Friends Start A Band!, which is set to be released Oct. 21.

This is the group’s first release geared to kids age 3-5, and it features the likes of Cartel, The Early November, Knuckle Puck, Real Friends, Yellowcard and more. Check out the full track listing and lyric video for “‪The Sugar Song” ft. Kailynn West (Tiny Stills) and Tony Thaxton (Motion City Soundtrack) below!

The album is available for preorder here, and all preorders come with a free download of Fan Favorites Volume 1, featuring Dashboard Confessional, Paramore, My Chemical Romance, Senses Fail and more.

What are your thoughts on the kid-friendly pop-punk album? Let us know in the comments!