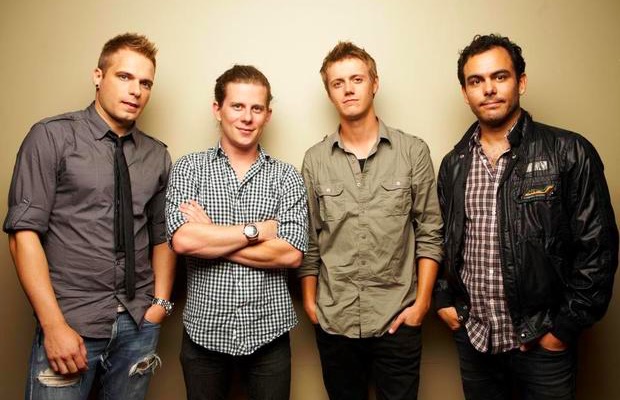 Cartel's hit single, “Honestly,” has officially been certified Gold, selling over 500,000 singles to date. The track is taken from the band's 2005 LP, Chroma, which they are currently on a 10-year anniversary tour for.

In celebration of the milestone, the band are releasing a gold vinyl seven-inch (limited to 500 copies), that will feature the original version of “Honestly” and an acoustic version, which was produced, recorded, and mixed by Zack and Kenneth. Pre-orders are only available at the remaining shows on the Chroma 10-year anniversary tour.

Will Pugh had this to say about the achievement:

I think every artist goes into the studio for the first time and sees the Gold and Platinum plaques on the walls and imagines having one of their own. It certainly was a dream of ours to get one and now that it's a reality it still feels like a dream. We couldn't thank our fans enough for supporting us through the years and we share this achievement with them.