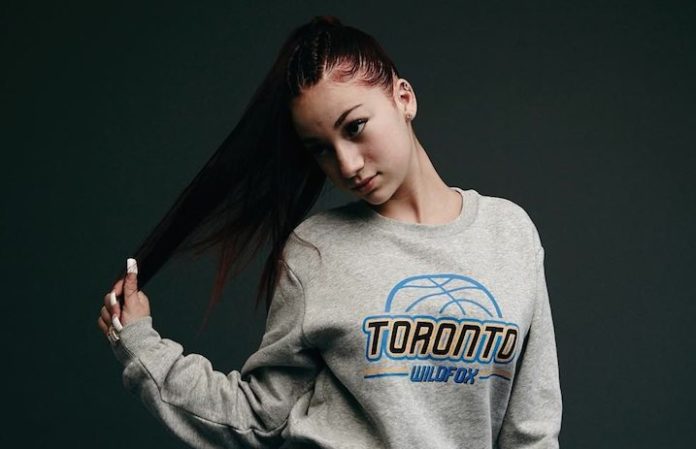 Danielle Bregoli, the “Cash Me Outside” girl, has reportedly signed a recording contract with Atlantic Records. Her artist name, as evidenced in last month's release of her very first single, “These Heaux,” is Bhad Bhabie—which, honestly, that's the last time I'm ever typing that. Howbow dah?

Bregoli came to infamy for her meme-immortalized spot on Dr. Phil, where she first uttered her notorious catchphrase, “Cash me ousside, howbow dah?” Her pop-culture pervasiveness only snowballed from there and, like—for real, people—this is who we are. Take a good, long look.

Here's a photo from her reported Atlantic signing:

“At just 14-years of age, Danielle Bregoli has a small stature but a massive personality that is breaking records,” reads an actual press release. “After releasing her debut single 'These Heaux' in late August under the newly adopted Bhad Bhabie, the viral sensation's viral sensation peaked at #1 on Spotify's Viral US and Global Charts. This week, Bhad Bhabie became the youngest female rapper to debut on the Billboard Hot 100 when 'These Heaux' landed at #77 and earned the tough-talking teen a record deal with Atlantic.”

Okay, I'm done now. It's impossible to even spell-check this.