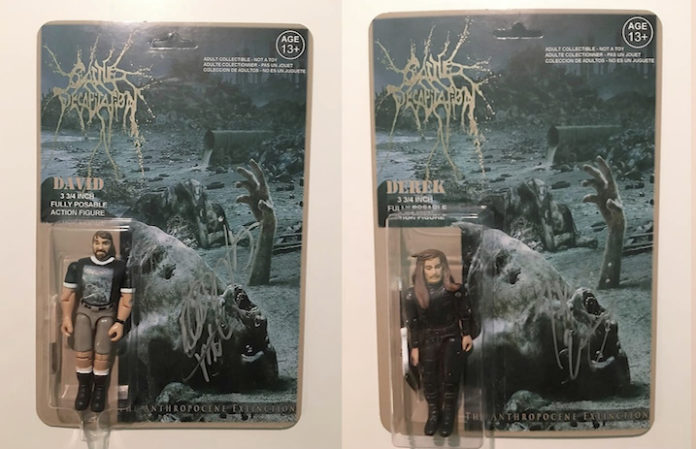 They're the toys every death metal fan deserves, but not the ones they'll get right now.

Custom-made by TeXasTCustoms, the awesome action figure likenesses of Cattle Decapitation's Josh, Travis, David and Derek were apparently only built for the creator's personal collection. Some are also said to be going to the band themselves. (via Metal Injection)

Fans are already clamoring online for some for-sale versions of the figures to be released. So far, no dice.

One can only hope these brutal figurines are a retail reality come Christmas. Hail Santa!