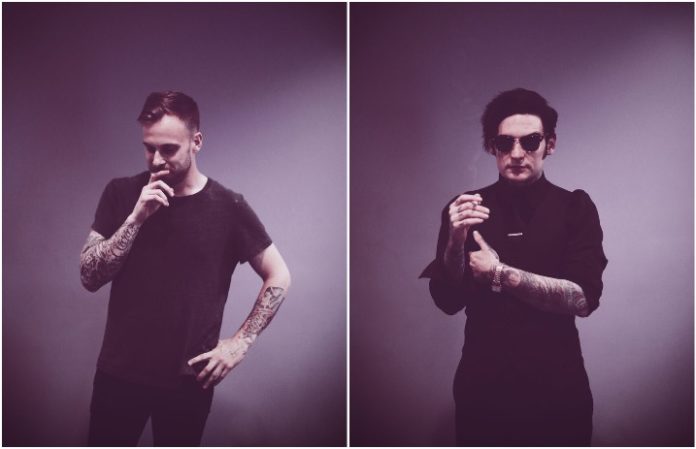 Imagine going on tour for years straight, rockin’ all the faces, making more than a million bucks and then going home dead-ass broke. On this installment of the Cautionary Tales podcast, AP editor in chief Jason Pettigrew sat down with electro-rock crooner William Control and his right-hand man Kenneth Fletcher (also frontman for Control Records act the Neuromantic Boys) to discuss all the ways bands get royally screwed—by themselves.

As the founder/frontman and CEO of goth-punks Aiden, Control (ne Wil Francis) seemingly had it all going on, from a booking agent, a label deal with Victory, a dedicated publicist and a merchandising arrangement. After being on tour nonstop for three years, his band grossed a million-plus dollars, but at the end ended up with slightly more than the dude who makes peanut buster parfaits in your nearest mall food court. On this episode, Control discusses the abuse he suffered by his own negligence (although he did have some help from other folks, but you’re gonna have to listen) and how he got smart when he began to build his empire.

Control’s not pulling any punches: He recalls flying in from Seattle for a meeting in Chicago at his then-label only to be stood up,why railing against the industry-standard merchandising deals he refers to as “loan-sharking 101.” He also names the bands who drank that Kool-Aid for whatever exasperating reason.

“These bands, either they’re too dumb to understand basic arithmetic; they don’t care, and they just think, ‘Well, whatever, we’ll be big forever;’ or they have a manager who is like, ‘This is a great deal. You should take this deal.’ Which is usually the case,” Control says.

“I’m sure it’s a little bit of everything,” bassist Fletcher offers. “Another thing I think about with bands today is that they think they are worth a lot more than what they are actually worth. They take too much money from things, and then they’re never able to pay it off. They just stay in this hole that they can’t get out of. Definitely for us, we know our worth, and we want to maximize our worth.”

“It’s a trade-off, [having been] on both sides of it,” he resigns. “Aiden was a band who got lots of press, the record deal, the agent and had all the publicity—and I was broke. William Control have none of that. We don’t get a lot of press; there’s no advertising; there’s no money for marketing; we do the videos ourselves. Everything is a lot smaller, but I’m making way more money than zero!”

Be advised that f-bombs are dropped, props are given, douchery is revealed and squeamish topics regarding diversification are discussed. You might want to jump in the shower after hearing Control and Fletcher come clean…