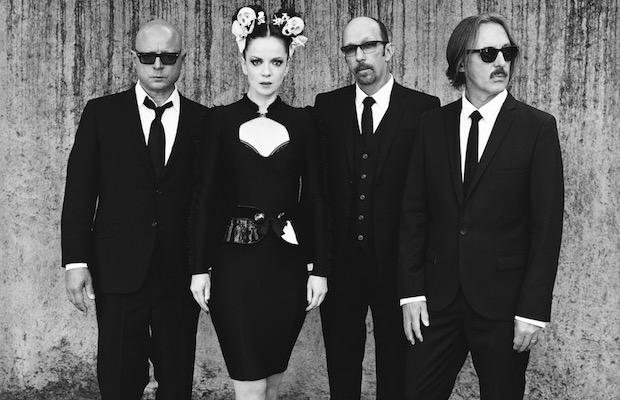 It’s been two decades since Garbage released their debut, self-titled album (yes, the '90s were already 20 years ago, can you believe it?) that helped pave the way for alternative rockers. To celebrate, the band, led by Shirley Manson, released a special anniversary version of their first album and has departed on the “20 Years Queer” tour.

Kicking off earlier this week in San Diego, the “20 Years Queer” anniversary tour sees the band performing the entirety of their debut album from 1995. The tour will spend the remainder of October traveling across America, before heading overseas for a handful of European dates and a stop in Russia. A full list of tour dates can be found below.

The remastered version of Garbage includes early, unreleased tracks as well as new mixes of favorites such as “Subhuman,” “Vow” and “Only Happy When It Rains.” European fans can expect a vinyl release on October 30 following other formats released earlier this month.