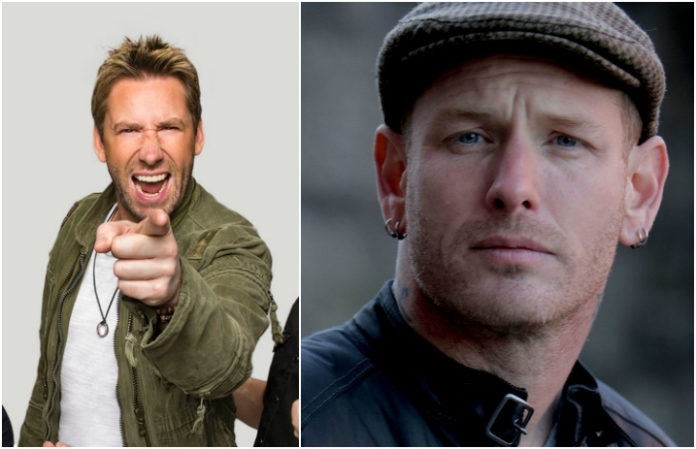 Nickelback frontman Chad Kroeger apparently thinks his long-running rock band is better than Corey Taylor's veteran alternative outfit, Stone Sour, according to a new report from Loudwire. Read some of the “Photograph” singer's comments below.

In a recent interview with Metal Covenant, Kroeger tackles the topic of a purported Stone Sour-Nickelback beef after praising his own group's musical variety, saying, “I can't think of another band that's as diverse as we are—I can't. And I don’t think that’s me talking from pride or ego.”

When Kroeger implores the interviewer to name another band as diverse as Nickelback, the journalist identifies Stone Sour as an eclectic rock band. Kroeger retorts, “Yeah, 'cause they’re trying to be Nickelback.”

“Corey Taylor has said some really nasty things about me before in the press,” Kroeger continues. “And he talks about how easy it is to write a hit song. Well, show me. Show me. Write one. I've yet to hear one.”

“They're okay—they're not as good as Nickelback,” he says. “They sound like 'Nickelback light.'”

Kroeger then seemingly confuses Stone Sour with Taylor's metal group, Slipknot, referencing both his and Taylor's bands' association with Roadrunner Records. “We were signed to the same label. They had to put on masks and jump around. … Music shouldn't come with a gimmick, music should just be music.”

“[Corey Taylor] got tired of sitting behind the mask,” says Kroeger. “He wanted people to know what he looks like, so he started Stone Sour.”

(It should be noted that Stone Sour started before Slipknot: Stone Sour formed in 1992, Slipknot in 1995. Taylor didn't join Slipknot until 1997.)