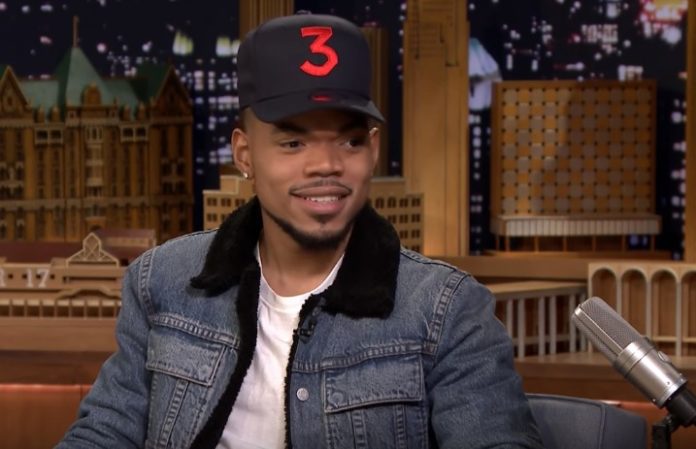 Just when you think Chance the Rapper can't tug on your heartstrings any more, he announces his plan to start an awards show honoring teachers, parents and students in 2018.

Find out more in his interview with The Tonight Show, below.

Read more: Chance the Rapper appears on the rock charts for the first time

This weekend, Chance the Rapper became the first unsigned artist ever to host SNL. He made a recent appearance on The Tonight Show Starring Jimmy Fallon discussing his upcoming SNL premiere, stating that he had created three of the show's sketches. Chance originally came to New York with five prepared sketches, giving Donald Glover praise for helping him co-write one of the five.

“I have to give credit to my good friend Donald Glover, who helped me with the idea. He's a great dude.”

Chance also shared his plan to start the Twilight Awards in 2018, a Chicago-based awards show created to honor teachers, parents, students and principals.

“We're hoping to have a lot of special guests there, a lot of special performances,” says Chance. “And take time a moment to honor the people that do some of the most important work in our country.”

You can watch some of Chance's interview on The Tonight Show Starring Jimmy Fallon, below.

What do you think of Chance's idea for the Twilight Awards? Let us know in the comments below.