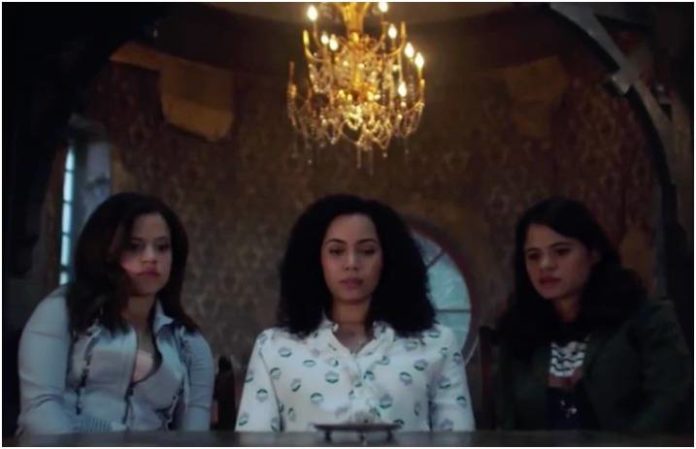 The CW officially released a synopsis of their forthcoming Charmed reboot. Plus, the network dropped a teaser trailer for the show, and we’re beyond excited.

The teaser trailer gave fans a first look at what to expect from the rebooted series. The upcoming show will follow three sisters, Macy (Madeleine Mantock), Maggie (Sarah Jeffery) and Mel (Melonie Diaz), who discover they are witches.

While it's based off the original show that ran from 1998 to 2006, it doesn't appear that the new reboot will follow the exact same plotline as the original series. An official synopsis of the show was revealed by GiveMeMyRemote, and while it's a bit different than the story we know, it’s still pretty safe to say we’re stoked to see the new series.

Check out the official synopsis below:

“’Stronger together.’ That’s what Marisol tells her daughters, firebrand social justice warrior Melanie “Mel” Vera, and her sister, fun-loving Maggie, about their family. Mel is a graduate student in the women’s studies department her mother heads at Hilltowne University; Maggie is a freshman considering rushing a sorority (to Mel’s amused dismay) and going “on” again with her on-again off-again boyfriend Brian. But then, a shocking tragedy shatters their world and threatens their sibling bond: Marisol dies in a horrifying accident.”

The synopsis also shares that:

“Three months later, we find Mel unable to accept the official explanation of their mother’s death, while Maggie accuses her of being morbidly obsessed. And then, another huge shock shows up at their front door: they have an older sister, brilliant geneticist Macy, whom their mother kept a secret all these years! Macy is new in town and doesn’t know a soul…Macy is eager to connect with Mel and Maggie, but Mel can’t handle another shock, and shuts her out.”

The rebooted show comes from the mind of Jane The Virgin creator Jennie Urman, with executive producers Jessica O'Toole and Amy Rardin.

There is no official release date for the new series, but we know that it will air this fall on The CW.

Watch the official trailer below:

Are you excited for the Charmed reboot? Let us know in the comments below!