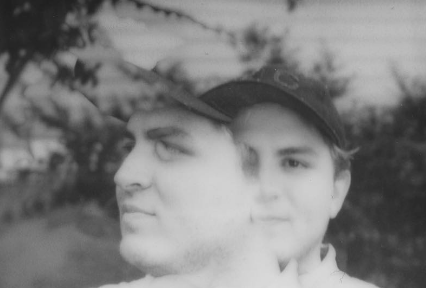 Hear two full band songs from Chase Huglin—plus, don't miss more new music! Check out the news you might have missed today below!

Yes, it's true—the acoustic act is adding a full band next year! And he's re-released two of his classics in their new full-band form. Give 'em a listen:

Its been a LONG time coming! Excited to announce 2018 I’ll be completely full band. Check out some old songs redone! https://t.co/RboNxE4mVe

Jesse Cash of ERRA has a very dope side project. Check out “NightDrive,” and make sure to pick up his album All Is In Sync, And There's Nothing Left To Sing About on Nov. 17.

3. A new video from Carah Faye

If you don't already know, Faye was the vocalist for Shiny Toy Guns. Check out “Gold Plated,” especially if you're a fan of LIGHTS!

Who doesn't love “Sabotage”? Check out this awesome cover from the Allentown, PA based band:

5. I Promised Once shared a new song

Very cool: I Promised Once is a Japanese-German band, and we're into it. Check out their new song “Forever Lost,” off their record Salvation, out Jan. 19.

The band remastered their first two records, Such Blinding Stars For Starving Eyes and The Storms of Early Summer, earlier this year and have announced that they are now reissuing them on their own label, 15 Passenger. They're available for preorder here.

Watch more: ALTPRESS Countdown: 16 Band Members Who Have a Tattoo of Another Band