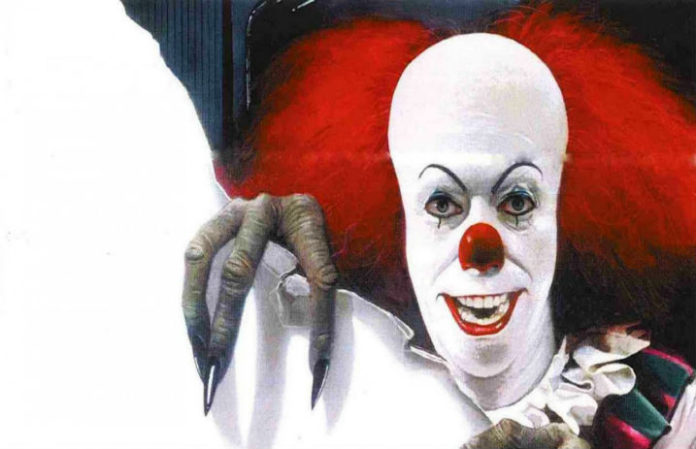 With the new adaption of Stephen King's It being nine months away, we're still getting peeks at just how creepy the movie's going to be.

Check out this unsettling image of everyone's favorite clown Pennywise hiding in the sewers.

Read More: Here’s a list of the top 10 horror films of the 21st century, according to the internet

We got our first look at the clown back in July and it seems like every couple of months we've gotten just another peek. Pennywise will be played by Bill Skarsgård, who's also been in Hemlock Grove and Allegiant. Pennywise was played by Tim Curry in the 1990 made for TV movie adaption of the novel.

Here's your first look at the new Pennywise in the upcoming 'IT' movie remake (via @EW) #eek �� pic.twitter.com/YODEPGCRBR

It will be directed by Andrés Muschietti who's most well known for directing Mama back in 2013. In an interview with Entertainment Weekly, Muschietti remarks “Pennywise shows up, he’s front and center, and he does his show. He has an act. So it’s weird all the time, and every little thing implies a further threat.”

In an interview with Collider, producer Roy Lee revealed that there will be two separate movies made and that this first one will be taking the perspective of the children.

It will be hitting theatres and our nightmares on Sept. 8, 2017.

There hasn't been any trailers for the 2017 release yet but judging on how creepy Pennywise looks in these pictures, we're not sure we could handle the trailer. Do you plan on seeing It? Let us know in the comments!