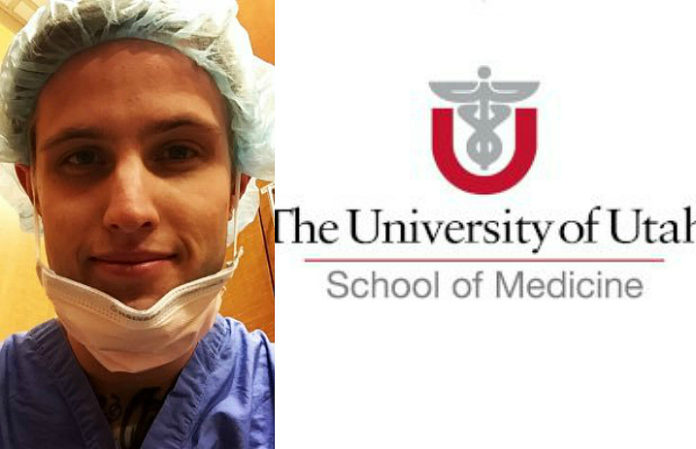 It looks like a congratulations are in order for Chelsea Grin guitarist Dan Jones. He announced last week that he was accepted to University of Utah School of Medicine.

“I have been accepted to medical school! Thank you to all who supported me over the past four years. Couldn't have done it without you all,” Jones announced on Twitter.

Neither he nor the band have announced whether he will continue to balance the band and school, although fans have shown an outpouring of support for his decision to attend medical school.

I have been accepted to medical school! Thank you to all who supported me over the past four years. Couldn't have done it without you all. pic.twitter.com/6AuuXv8mx5

According to Loudwire, in May of 2015, Jones took a leave of absence from touring to spend the summer researching microbial mercury methylation at Salt Lake City's Westminster College.

And last fall he shared an update saying he would be balancing the band and school, placing primary focus on classes while in session.

9 more days until classes start and I disappear again for a while. Bittersweet. pic.twitter.com/87GldFWbfI

He also shared a series of heartfelt tweets last September, sharing both his nerves for taking the leap of faith and applying to go to med school, but also his excitement for becoming a physician.

I did it guys! I applied to medical school! I'm kinda freaking out.

School is hard…but I can't wait to be a physician. It's going to be the most rewarding career.

Plus, this recent tweet about balancing music and homework really is all of us:

When you wanna write music but have to do homework ☹️

The band released a deluxe version of their newest album Self Inflicted Jan. 27, with a new song, “American Dream,” which you can listen to here.

They also announced a new tour with Ice Nine Kills, Gideon and Enterprise Earth. The Self Inflicted tour starts in late March and runs through late April. Dates are below, and VIP tickets can be grabbed here.