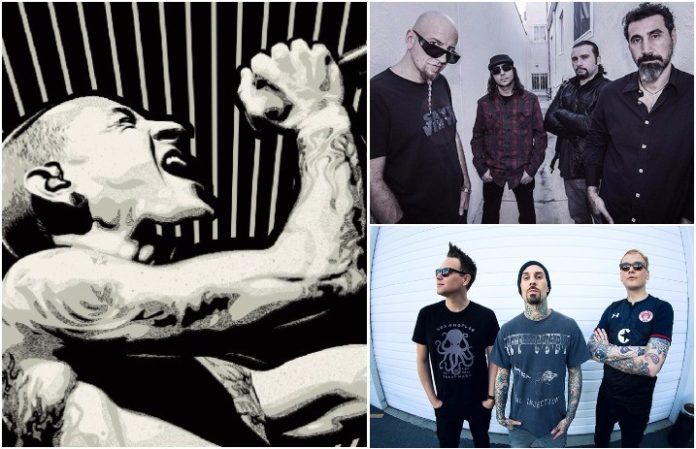 Linkin Park's highly anticipated Chester Bennington tribute show is coming up this Friday, Oct. 27. In preparation for the event, which will stream online for free, musical guests from Blink-182 and System Of A Down have shared photos as they prepare for the concert.

Members of Korn, Bring Me The Horizon, Avenged Sevenfold, Yellowcard and Machine Gun Kelly will perform in the Linkin Park And Friends Celebrate Life In Honor Of Chester Bennington concert at the Hollywood Bowl in Los Angeles on Friday.

Blink-182 drummer Travis Barker shared a photo that shows the musician preparing for the tribute event.

System Of A Down’s Shavo Odadjian shared photos with members of Linkin Park and Frank Zummo, with a heartfelt caption paying tribute to Bennington.

Linkin Park first announced the tribute show back in September—it will be the first time the band have performed since Bennington's unexpected death in July, after canceling their scheduled U.S. tour and Japan appearances.