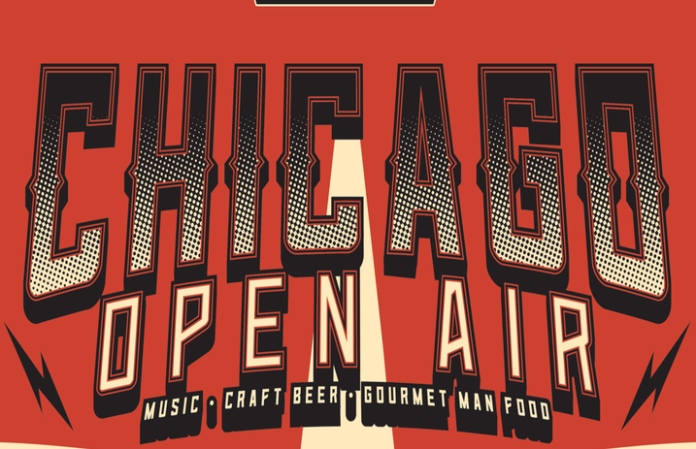 Chicago Open Air will feature performances by over 40 bands, an outdoor Gourmet Man Food selection incorporating local and regional cuisine, a craft beer village highlighting top brews from the region and other entertainment and fan experiences.

Early Bird tickets start at $199.50 for the field and $109.50 for the bowl. Prices will increase as allotments sell out. There also are weekend VIP tickets available for $399.50 and 2-pack weekend VIP tickets for $860, the latter of which includes two Zippo lighters. VIP includes special entrance lanes to the event, access to a VIP lounge area, field and stadium level viewing areas of the main stage, dedicated restrooms and a laminate.