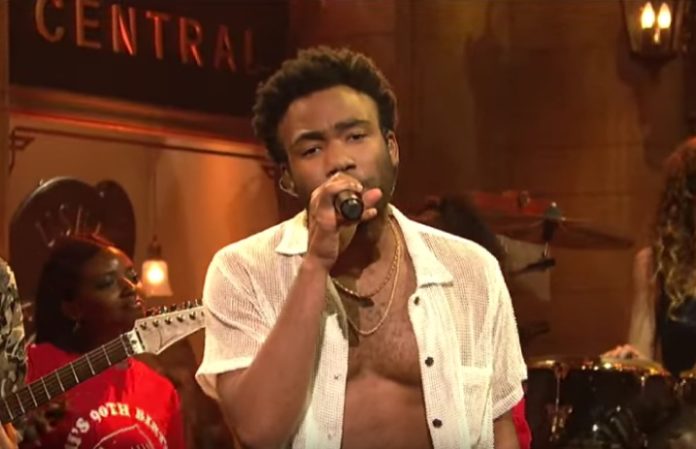 Check the two new songs from his SNL episode, below!

Gambino did not disappoint with his first release since 2016's Awaken, My Love!. His first new track, “This Is America,” features backing vocals from Young Thug, 21 Savage, Quavo of Migos, Rae Sremmurd’s Slim Jxmmi and BlocBoy JB. An official video was released to accompany the new song and even includes a cameo from SZA.

Check out the official video for “Made In America” below:

Glover performed this new track alongside another new jam titled “Saturday,” which you can hear below.

We're hoping to hear these incredible new songs on Glover's upcoming North American tour! He'll be hitting some of the biggest markets on this run, following the news that Donald Glover would be working on a follow-up to Awaken, My Love!—but retiring the “Childish Gambino” moniker after the album.

Grab your tickets now to see Gambino at the following dates:

$ with Rae Sremmurd ^ with Vince Staples

Will you be catching Gambino on tour? Let us know in the comments below!