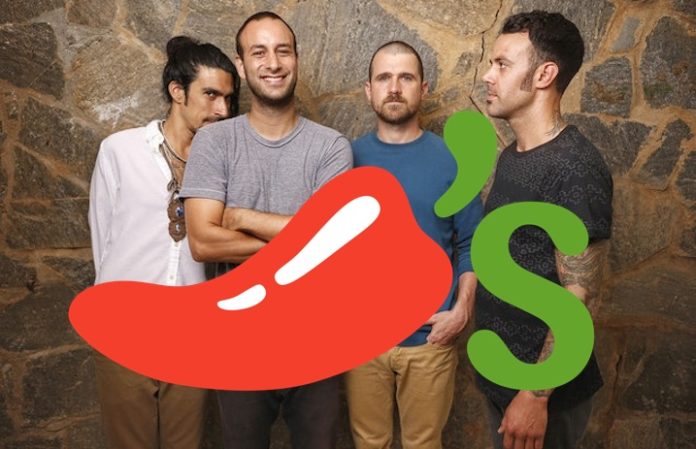 Restaurant chains on Twitter are not shy to share their music love with the world, and most recently, it’s been Chili’s proving their love for Brand New—and their hot take on the band’s album ranking.

@Chilis taking back sunday or brand new? there's no chili's in argentina, hope i can taste your food someday lol

We like them both but we will say one thing… Mics are for singing, not swinging. ��

Read more: You voted: Here are the top 20 Brand New songs of all time

Of course, once TBS and Brand New get brought up, fans had to keep the conversation going. One user asked Chili’s for their favorite Brand New album, which they say is Your Favorite Weapon.

You Favorite Weapon. Somebody just asked us this, too… lots of @brandnewrock fans out there.

And the hot takes just kept on coming—from Chili’s and the fans alike. One super passionate fan brought Applebees into the mix, claiming “Devil And God or bust,” going so far as to say “YFW is atrocious.” Of course, Chili’s won’t just take it.

When did you first get into @brandnewrock, though? Was your first experience with Devil and God?

One fan asked for the chain’s opinion on Science Fiction, and they say that they’re just old-school Brand New fans:

We'll probably disappoint but we'll just be honest. We haven't really been into anything after The Devil and God. But that's just us.

And for the hottest take of them all, they decided to rank Brand New’s albums, which caused quite the uproar on social media:

Wait but @DennysDiner was the OG restaurant who loved brand new so what's their hot take???

CHILI'S NO THIS IS LITERALLY THE OPPOSITE OF THE CORRECT ORDER

I really need @Applebees and @TGIFridays to chime in now. The stakes are high, you guys.

But no worries—Chili’s is all about compromise.

Very nice. We were first introduced to YFW so that’s where it all began for us. At least we both agree that Deja is so, so good. ��

It's time: Let's rank their albums.