At a sold-out Adventure Club show at the Hollywood Palladium, Craig Owens made a special appearance.

While on tour as badXchannels with Getter and Midoca, Craig Owens took a break to stop by Los Angeles to play a stacked sold-out gig with Adventure Club at the Hollywood Palladium.

However, fans had no idea what would be in store during Owen’s time on stage. In fact, Owens busted out Chiodos banger “The Words ‘Best Friend’ Become Redefined.”

That said, some people are hoping that Owen’s performance hints at a potential Chiodos reunion. The band originally called it quits back in 2016, but that hasn’t stopped them from leaving us hopeful. As we’ve reported many times, this would not be the first time the band reunited.

However, Owens spoke of the band’s decision to end Chiodos back in 2016, saying:

“It’s done,” Owens tells Billboard. “It just couldn’t stay afloat. There were just kind of, not necessarily bad vibes, but we came to the realization that we can’t do it full-time. I think it just stopped becoming a passion for all of us, so we said, ‘Alright, let’s stop.’”

Chiodos released Devil, their fourth full-length and ultimately last album as a band, back in 2014.

However, it looks like Owens may have a new song with the folks in Adventure Club and QUIX, as he performed new material last night.

Of other folks that also performed, Atreyu drummer Brandon Saller made a special appearance according to Adventure Club’s Instagram story. 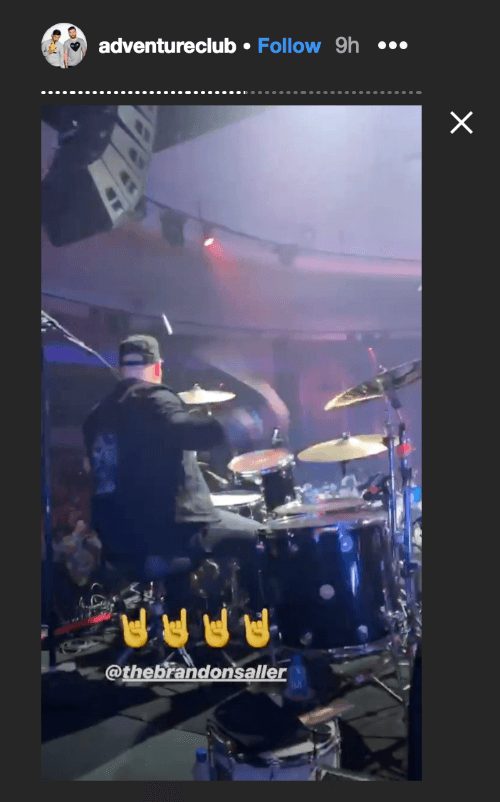 Recently Adventure Club covered Taking Back Sunday’s “MakeDamnSure.” You can check out the duo’s electric rendition below.

What do you think of Craig Owens teaming up with Adventure Club? Sound off in the comments below.