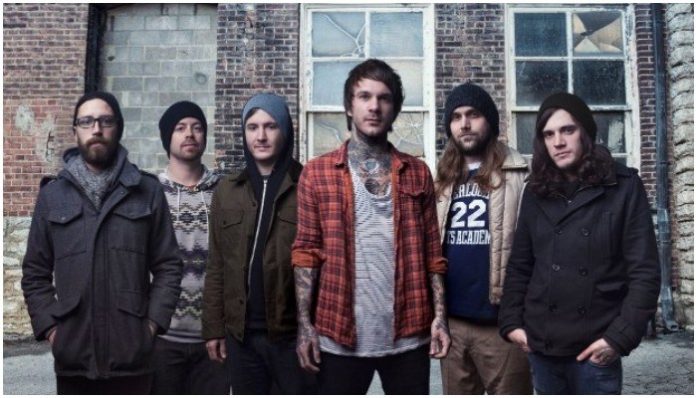 Could Chiodos be teasing their return?

Yesterday, July 26, marked the 13-year anniversary of Chiodos’ debut album, All’s Well That Ends Well, and to celebrate, the band shared a link to purchase a cassette version of the album with the caption, “happy bday bby.”

As we were jamming to the album in its entirety yesterday (and buying that cassette tape,) we couldn’t help but notice the band also updated their profile picture with a photo of their signature logo:

Of course, the band’s profile picture change could be nothing, but considering the band hasn’t changed their profile photo since 2016 when they called it quits, has us thinking that maybe something could be in the works.

The band called it quits back in 2016, but that hasn’t stopped the band before. As we’ve reported many times, the band isn’t opposed to reuniting and leaving the group every once in a while.

If you remember when the group did end, Chiodos frontman Craig Owens spoke to Billboard, where he spoke of the band’s decision to end Chiodos, saying:

“It’s done,” Owens tells Billboard. “It just couldn’t stay afloat. There were just kind of, not necessarily bad vibes, but we came to the realization that we can’t do it full-time. I think it just stopped becoming a passion for all of us, so we said, ‘Alright, let’s stop.’”

Chiodos released Devil, their fourth full-length and ultimately last album as a band, back in 2014.

Would you want to see Chiodos return? What do you think is going on with band? Sound off in the comments below.