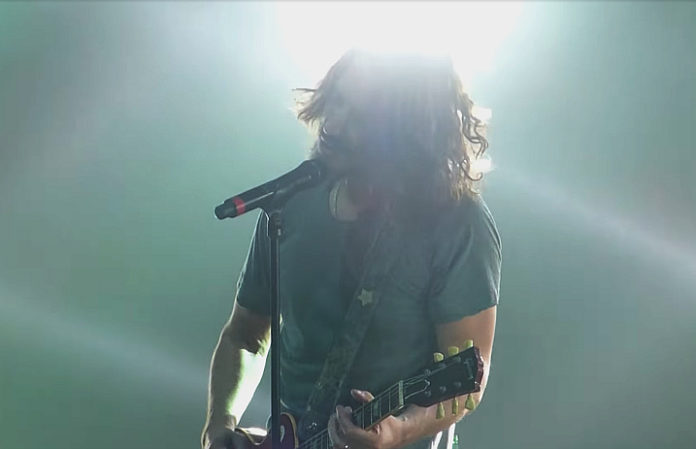 The music world is currently mourning the loss of Chris Cornell, Soundgarden and Audioslave frontman, who passed away last night at the age of 52.

Soundgarden were in Detroit for a performance at the Fox Theatre as part of their current tour, and you can catch a glimpse at Cornell’s final performance below.

The band were currently on tour, which began in April. They were scheduled to perform at Rock On The Range in Columbus on Friday. Cornell's death was “sudden and unexpected,” according to CNN.

Cornell's last song performed that night was “Slaves & Bulldozers” with an interlude of Led Zeppelin's “In My Time of Dying.” You can watch fan shot videos of Cornell's final performance at Detroit's Fox Theater below.

Billboard has reported that the police in Detroit are investigating Cornell's death as a possible suicide. He was found last night unresponsive in his hotel room at around midnight on May 18, after a family friend forced his way into the room. WXYZ reported that Cornell's wife asked the family friend to check up on Cornell before finding him unresponsive on the bathroom floor.

Cornell formed Soundgarden in Seattle in 1984, and the band became influential during the '90s grunge movement. The band disbanded in 1997, but they reunited in 2010. They appeared on the cover of Alternative Press in 1989 and 1994.

Cornell and members of Rage Against The Machine formed Audioslave in 2001, and they released three albums before their 2007 split.